If you think the UK is not institutionally racist, think again

This chart came out in the Resolution Foundation newsletter this afternoon, and I cannot as yet find it online: 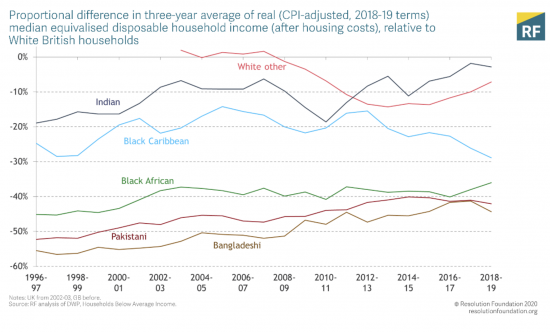 If you thought the UK wasn't institutionally racist, think again, I suggest.