The House of Commons Library is a much overlooked and valuable source of information. When I was looking for data on a related issue this morning I came across a briefing it had prepared this year in government debt. The following tables come from it.

What most people don't realise is how long it is before much of UK government debt has to be repaid. This is the age profile: 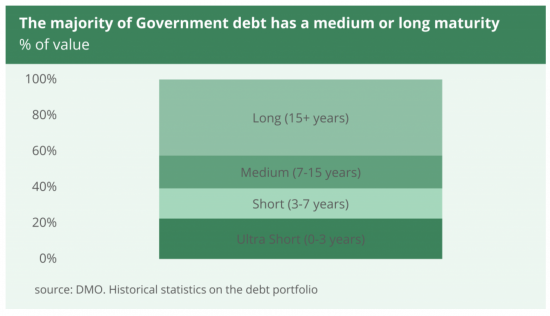 You can't make a debt crisis out of debt that is, on average, that old in anything like a hurry. So people need to calm down about that issue.

Second, there's the question of who owns the debt:

23% of government debt is owned by the government.

28% is held overseas. The rest (almost half) is held by organisations that need it for regulatory purposes and functional need in the main, so they won't be selling.

And historically, the overseas sector has been keen to save in the UK. Whenever anyone talks of a debt crisis coming it might be good to ask who is going to create it? Especially when the government can increase its holding whenever it wishes.

Then there's the question of the interest rate:

But before you think that's high, it's because so much of the debt is old. This is the trend: 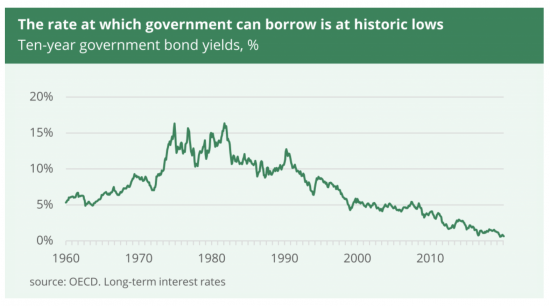 In other words, the cost of new debt is very low, and will remain that way.

So before anyone says 'debt crisis' please give them some facts.