Whither the middle ground?

It was interesting to hear a Conservative lobbyist discussing the new political landscape yesterday. If I might summarise his argument it was "Since none of you tax justice advocates in this room probably voted Tory, and you don't think like the Tories do, why should they listen to you?"

The message was pretty clear: start thinking like the Tories, recruit Tories and work out what Carry Symonds likes because she is the real power behind Johnson.

I heard the message. I am not sure I agree with it. Of course the Tories are on the crest of a wave right now but I reject the idea of such binary thinking. It's as is the world is made of two tribes:

I have criticised this logic from the left. This is not how the world is. The truth is it is like this: 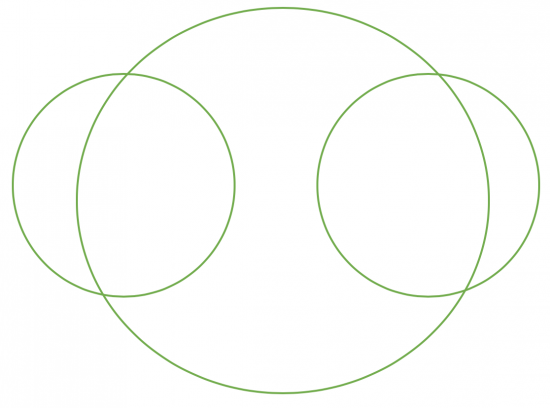 The world that neither many on the left or right think about is bigger than their horizons, and there are more people in it than are engaged with politics. And that real world does not ever include examples of the more extreme thinking of the left and right, which cannot be sustained in practice. There are overlaps with their ideas, of course. But the truth is that too much current political thinking is simply unrelated to the real world.

And that real world is messy, and requires compromise, which the simplistic political theories of too many in politics do not recognise, and engage with even less.

The logic of the person presenting their view yesterday typified the current binary thinking of politics. But that, I suggest, is not the thinking that we need. An ability to listen to and engage across the spectrum is required, even if politics will always overweight some opinion to suit the preferences of the politicians in power.

I would suggest it is time that all sides also recognised this fact. There should be no such thing as government for selected interests alone: ultimately the art of government is about serving an interest but not alienating the rest. The idea that those not aligned with the government are, then. alien to it is dangerous. And it's worrying that it's increasingly accepted that this is the world we are living in.