What’s that all about?

Yesterday a friend asked me where I get my inspiration from. Several times in the last week the question has been raised as to why I seem to wake up each morning with the urgent need to write something down. The implication in every case is that this might not be normal. Evidence supports that view. The fact is that most people, once they have left education either never in effect ever write anything again, or alternatively do so simply because their work requires it.

Let me ignore the fact that I write simply because I like the process of writing. Words on pages have always, since I was first aware of them, fascinated me. Printing did likewise. I loved my John Bull printing kit as a child. My first typewriter arrived at around the age of eight, and the (even then) ancient cast iron Remington that I still have, soon thereafter. Simply seeing words appear from it fascinated me. Asking me to not write is like suggesting I do not breathe.

But that complaint is usually the preserve of the fiction writer, and although I have done published fiction (but not under my own name, or for some time, and in any case I am not letting on), it has never been that important to me, much as I enjoy it when I get the time, as well as poetry, which I read more often.

So what’s the inspiration? Given that all those who asked were vocal, charismatic, opinionated people this seems to me a strange question, although its frequency suggests otherwise. It simply seems to me to be another way to explore the questions that bug me.

The fact is (and I am sure it is sometimes apparent) that when I write a blog I am not always sure what the ending will be. That makes my blog writing quite different from most of my other writing, where I rarely have any doubt about the structure of my arguments before I begin. I usually spend some time working that type of project out in some detail on a mind map before committing much to the page to make sure time spent writing is not wasted.

But blogging is different. This is simply thinking out loud about issues that engage me in ways that seek to enhance my understanding. And most of the comments offered on this blog are welcome precisely because many then reshape that thought. That is why those who come to say an issue is settled (e.g. climate change deniers) or that I cannot have an opinion on an issue because it could not have been covered by my degree, taken 40 years ago (as happened yesterday, with the commentator presumably thinking I have learned nothing since) entirely miss the point. I write to help find answers.

And, yes, sometimes I find the wrong ones. So I change my mind. That’s not a sin.

What is interesting to me, though, is that thinking about how I would write about an issue makes me question things a little differently from the way I might if I was only passing comment in conversation, which is how most do this, and where all my questioners very clearly have no difficulty in finding inspiration.

Writing does impose a discipline. Just asking ‘what is the question?’ because I need to frame it very quickly at the start of a piece requires a type of thought that can be skipped in conversation, where the question can (and often is) continually reframed.

Similarly, writing demands that the question ‘what does the question mean?’ Be addressed. My frequent resort to sequentially numbered comments is an attempt to structure in a way that conversation does not demand. Rather unsurprisingly, I rarely start by saying ‘three thoughts follow’ when talking to people.

Finally, I am curious. Since I first encountered injustice imposed by society (and at a level that seriously impacted me that was at the age of 11) I have always wanted to ask what I can do to address the issues that create harmful outcomes for people. I didn’t choose to think that way. I think circumstances suggested that was something I had to do, with varying degrees of success and commitment over time. So, I write with the intention of finding that out.

And that is why I so often express hope at the end of posts. By the age of thirteen I had realised the alternative was despair, and I was not going there. 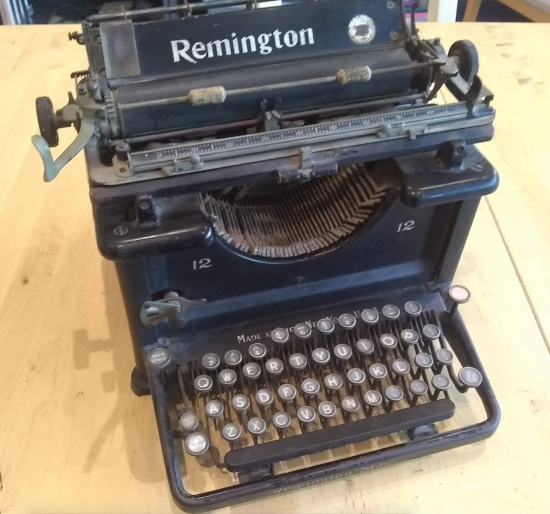 Pretty much where it all began