Green QE has a future, but it will be hard without sustainable cost accounting

The FT has a report this morning under the title:

Pushback and practicalities limit hopes for ‘green QE’ from ECB

Green quantitative easing has come a long way since 20210 when I wrote this with Colin Hines: 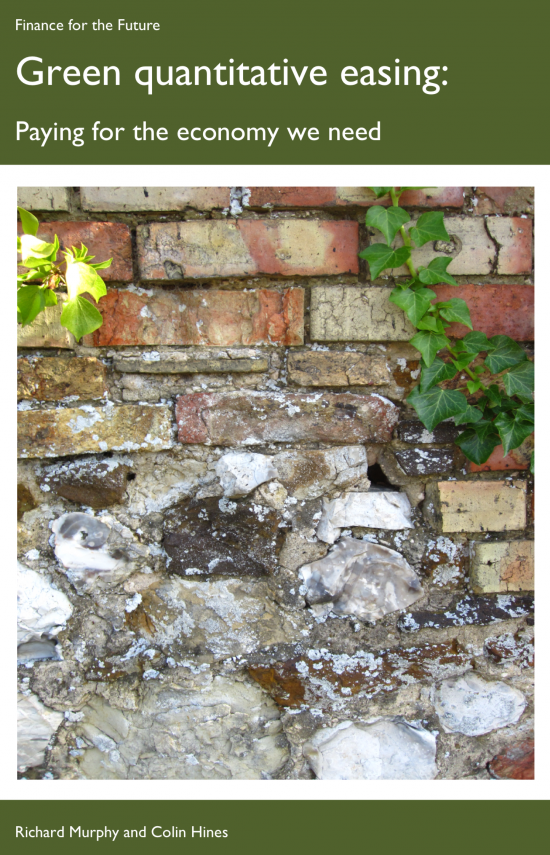 Protesters marked Christine Lagarde’s first day as European Central Bank president on Friday by marching on its Frankfurt headquarters behind a banner that read “if the Earth was a bank you’d have rescued it”.

Activists in that 150-strong crowd may have found an ally in Ms Lagarde, who said recently that she wants to make climate change a “mission-critical” priority — a stance that has raised hopes that the central bank could boost purchases of green bonds, in an effort to bump up inflation and save the planet in one stroke.

This would make sense, if quantitative easing is to be pursued. And it is exactly what Colin and I argued in 2010. But there is the kickback:

But “green QE” is a controversial idea. Jens Weidmann, head of Germany’s Bundesbank, said last week that he would react “very critically” to the policy, adding that such decisions should be left to politicians, not unelected central bankers.

Buying green bonds in greater volumes, however, would be hard. Although issuance of green bonds is growing quickly, it remains small compared with the overall size of debt markets. Eurozone companies and governments have sold $66bn of bonds with a green label so far this year, a large rise from 2018 but still only around 5 per cent of total issuance.

This is, of course quite ridiculous. First, of course politicians decide on this: they must tell the ECB to buy green bonds.

Second, governments have to get on and issue these bonds to fund the Green New Deal: the need is pressing and urgent and the demand for these bonds is high.

Third, there need be no ambiguity on what is green: certification schemes need to be created but the essence is simple:

The first three should not exactly be hard. And the volume of bonds to be issued is big: in the Uk alone there could be £100 billion a year required. We really do not need to quibble over supply.