The increasing indebtedness of UK households

Charles Adams, who is a regular commentator here, an occasional blogger at Progressive Pulse and a professor of physics at Durham University posted this comment on Twitter last night: 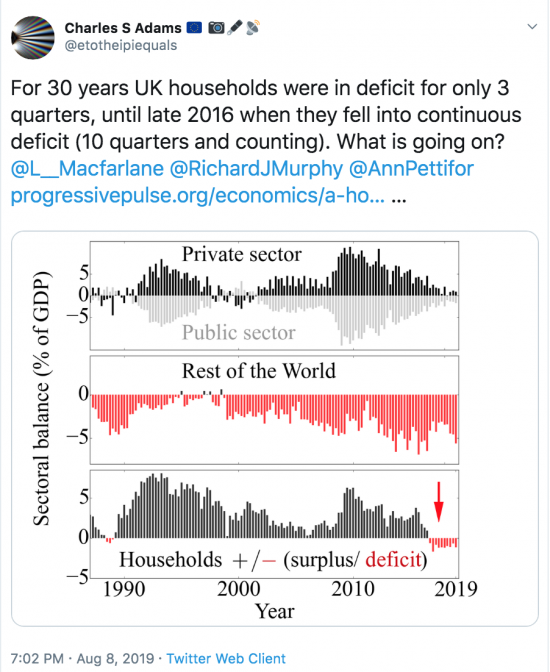 Charles raises an excellent question. Like many such questions in social science you could spend a fortune trying to answer it or I could speculate now. I don't have a fortune to spend so I am going for the second option.

I would suggest that the answer is simple: it is growing inequality that is creating this situation, plus a structural change in the way that wealth is held.

Now let me be clear, households is all households so in principle this should not be the case, since the ranking should be indifferent to wealth. But if the wealthy hold more of their assets through companies and pension funds invest ever more widely outside the UK, whilst the links between asset owners and their assets becomes ever harder to trace because of nominee holdings, then the likelihood that there will have been a shift of apparent asset holding out of the so-called household sector and into other categories is high. The result is that the net insolvency of a great many UK households becomes much more apparent.

I stress, I have no proof of this. It is just an idea. But I think it's a plausible one.