The Guardian has reported:

The former auditor of the collapsed cake chain Patisserie Valerie has argued that it is not the role of accountants to uncover fraud.

Grant Thornton is under investigation for its audits of the chain that collapsed into administration earlier this month following the discovery of a £40m black hole in its accounts. Patisserie Valerie’s former finance director has been arrested on suspicion of fraud.

David Dunckley, chief executive of Grant Thornton, which was replaced by RSM as the chain’s auditor in mid-January, told MPs on the business, energy and industrial strategy committee that there was an “expectation gap” that “needs to be fixed”.

Well, I have news for David Dunckley. He's wrong. This is from ISA 240 - which is the audit standard on auditing and fraud: 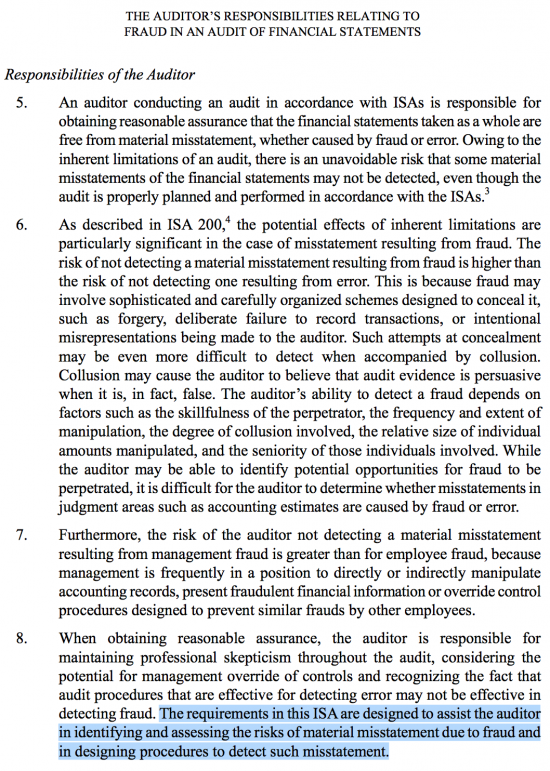 I have chosen to highlight the last sentence, but please feel free to note the rest. The point is simple. If Dunckley is right then ISA 240 is wrong to say the auditor has a duty to detect misstatement by fraud. But they do say that. So it's Dunckley who is wrong.
And that's not his only mistake. This is from ISA 570 on going concern as applicable in the UK: 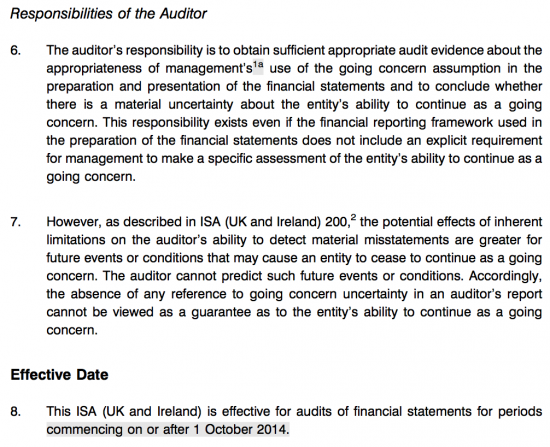 So, the auditor does have a forward looking duty.
I think Mr Dunckley just dug a great big hole and jumped right into it.
Bring on the lawyers.
Donate
6