Why we need a wealth tax

A commentator called Derek Henry suggested I give this site a plug: 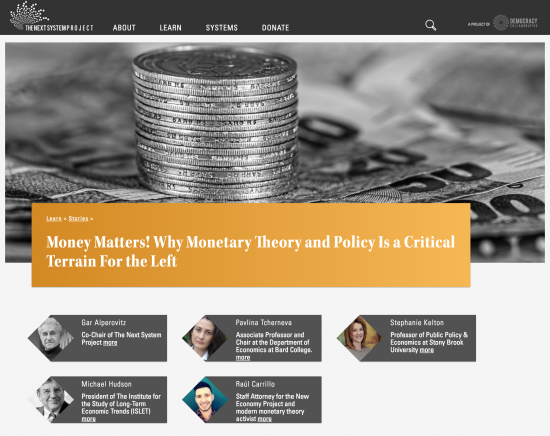 It's worth reading. My favourite quote comes from Stephanie Kelton:

You don’t tax the rich because you need their money in order to feed a hungry kid or fix a crumbling bridge. You tax the rich because they are too damn rich and extreme concentrations of wealth especially, but also income, are bad for the functioning of the economy, are bad for democracy. That’s the rationale for taxing the rich. Not because we can’t do other things unless we get money from them to pay for it.

That's about as good an answer as to why we need a wealth tax as you will get. In a nutshell, it's good for society, the economy and democracy.

And modern monetary theory let's you realise they're amply good enough reasons in themselves.