What a record low number of strike days might mean

From the Times Red Box today: 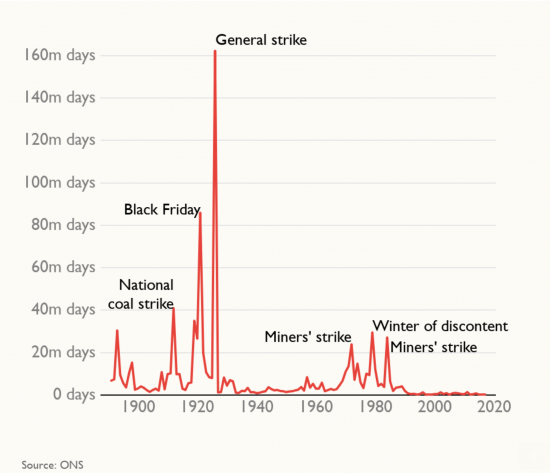 They went on to gloatingly note that there were fewer days lost to strikes in the last year than in any other since records began in 1891.

I, of course, note that this is an obvious explanation for stagnant wages within the UK economy that are having a massive impact on well-being and poor growth.