The Financial Reporting Council is the problem in UK accounting

It is the argument of those holding this opinion that UK company law requires that accounts be prepared in a way that shows that the company has protected its creditors - who might otherwise be prejudiced by limited liability. In other words, the primary goal of accounting is to make sure that the privilege of limited liability is not abused at cost to society at large. It's not a hard logic to follow. And the reasoning behind it is clear. It is that the meaning, in law, of the term 'true and fair' is defined based on the ability to pay a dividend to the shareholders, which is only permitted if creditors are not prejudiced. This also impacts auditors, who have a duty to report on the availability of reserves to pay dividends in some situations, and so by default should always have to do so. It's easy to work out that in that case the Companies Act puts creditors first. It's equally easy to work out that IFRS does not: their rules on loss provisioning have always been deeply prejudicial to creditor protection, for example.

These are the tweets that make it clear that this discussion has been known to the FRC since 2010, at least: 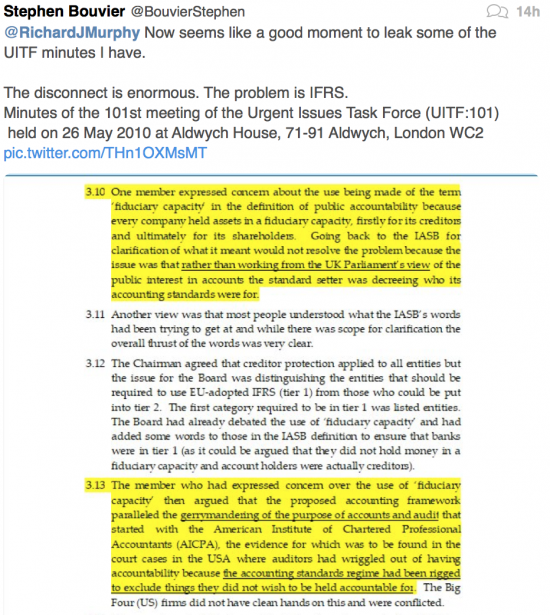 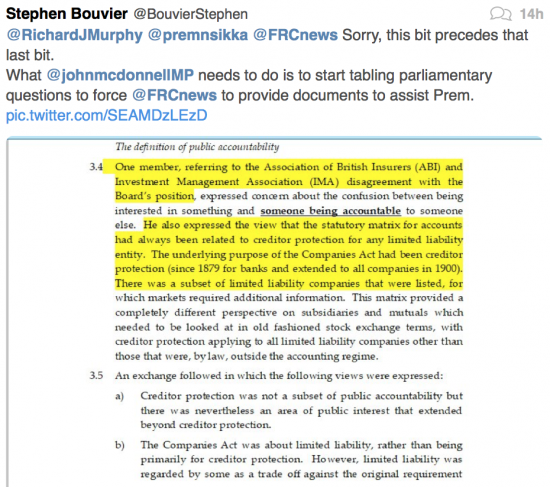 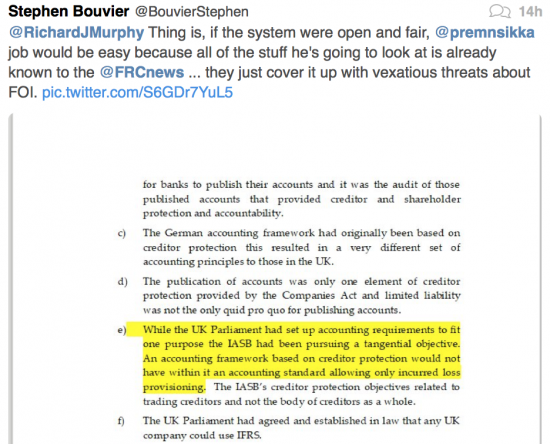 The lost point could not be clearer. And the Financial Reporting Council has persistently ignored the point. But it did not need to do so. It could have said that International Financial Reporting Standard conflicted with UK law, as I think it does.

The result of their failure to take note is that we have suffered Carillion, BHS and so many other insolvencies of late.

These failings weren't by chance. They were the result of systemic flaws in reporting that permitted the abuse of creditors that the law should have prevented.

The FRC knew of this weakness: that fact is in its own minutes. And that's why it has no place in the future of UK financial reporting.