There is no good Brexit. But as I noted recently, being in the European Economic Area may be as good as it gets on Brexit.

Tonight the Lords voted to stay in the EEA. Those voting were as follows: 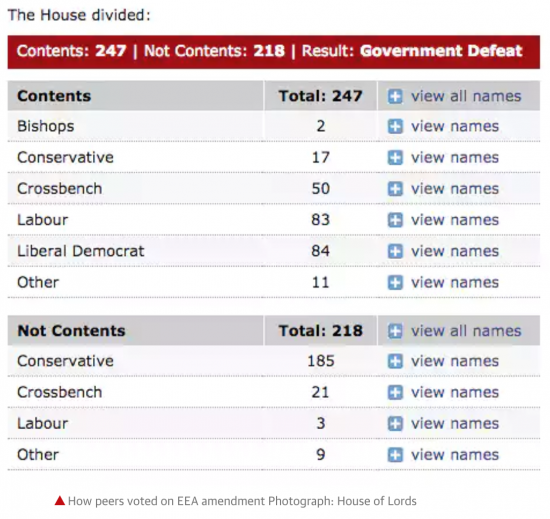 And we end up with every part of the House voting for common sense bar the Tories.

At least we know who to blame for driving us to the edge.