The inexorable decline in the quality of UK accounting data

I have continued to work on UK Companies House data. One of the trends I have noted is the rise in the submission of unaudited accounts to Companies House. The data that I have is as follows, all secured from Companies House publications over the years noted: 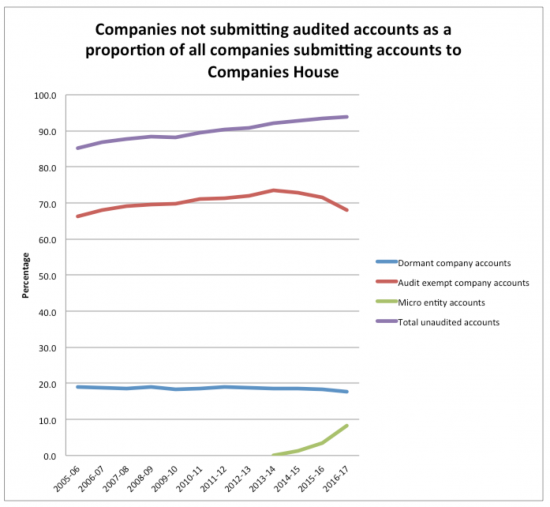 At one time (when I began my career) all limited company accounts had to be audited. There was a good reason: parliament had decided that limited liability was a privilege that should not be abused and audit was considered to limit the risk of that abuse.

From the 90s onwards the audit requirement was steadily reduced.  As will be noted, it has now reached the point where 93.8%  of all accounts submitted to Companies House are unaudited.

There are two questions to be asked. If this is the case how reliable is this data? And who knows?

My suspicion is those with the power to regulate a) do not know and b) do not care.

I do. So do those who lose as a result of the abuse of limited liability.