I spend a lot of time writing about the Global Financial Crisis. Not much of it is published yet: academia is desperately slow. The crash of 2008 and its aftermath is, however, an ever-present reality both in my work life, and to be candid, the world beyond it. But I still do not think we appreciate how much everything has changed. A blog from John Lewis who works for the Bank of England gave some hint of the scale of this change this week.

Lewis looked at real interest rates for three centuries i.e. those adjusted for inflation. When considering real bank rate, mortgage rates, and 10-year government bond yields over time this is what he found. As he notes: 'the lines show the five-year moving averages of the ex-post real interest rate. The dots show the values over the years 2012 to 2016': 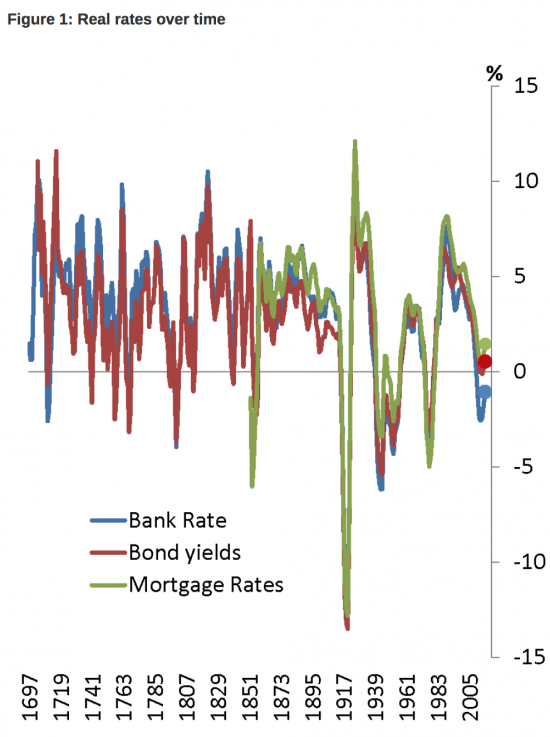 The  5-year average of real bank rate rarely goes below zero — previous instances were mainly during the 1970s inflation and around world wars. The decline in real bond yields since the 1980s leaves them about 300bps below their all time average.

Now there may be good reason for that: broader markets, real reduced risk because of better information, and so on. The absence of world war helps too. But it also means that if we were to return to 'normal' or the mean then the change in rates would be massive: 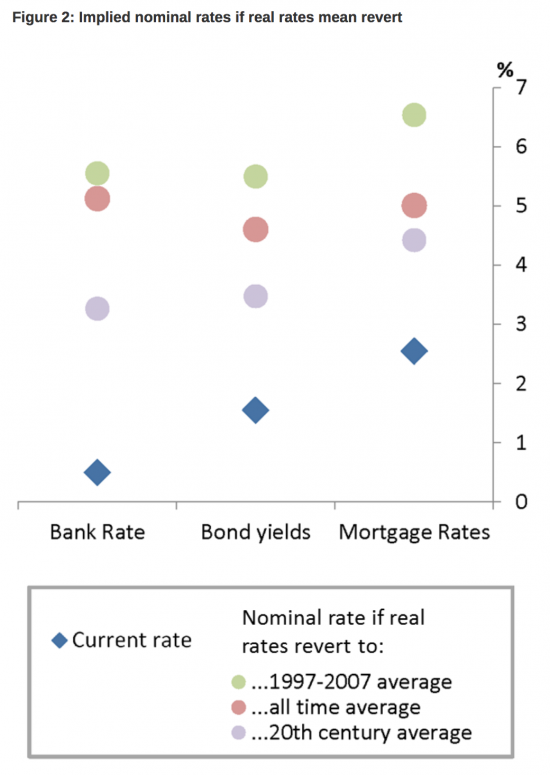 The most useful contrast is with 1997 - 2007, of course. We're talking adjustments of four percent or more.

That is not going to happen. There are good reasons. Most mortgage holders would fail to make their payments. Most banks would then collapse. and government debt costs would increase and may politicians would panic at that whether appropriately or not. I will be blunt. Everything has changed. Those rates are history.

This though has massive implications. If this is the case then monetary policy as a mechanism for controlling inflation and economic activity has died: rates that let it work cannot be recreated. And yet almost the whole of macroeconomic thinking is premised on its use, as is the role of central banks in our economies.

The reality is that everything has changed. And yet there is, so far, almost no reaction. Fiscal policy - spend and tax - is the only tool left to the government now and yet no one is saying so.

No wonder I spend half my time wondering why we feel so out of control. We are.