Who says tax increases aren't acceptable? This is what the Guardian reported during yesterday:

The SNP has welcomed a YouGov poll in today’s Times (paywall) suggesting that the tax increases proposed by the Scottish government at the end of last year are popular with voters. The tax increases have not come into force yet, but the approval rates in the poll are striking. Getting public support for tax increases is the holy grail of progressive politics.

Here are the figures. 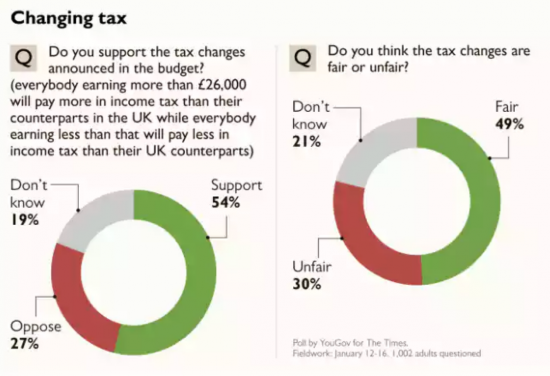 That is two to one in favour.

Might other politicians please take note? Their constipated paranoia on this issue may be wholly inappropriate.