I did not have time, when so much else was going on, to report the publication of the EU Panama Paper's Committee report last week. It's time to make amends. The whole thing is here.

I had a particular involvement on this committee  as co-author with Saila Stausholm of a report on the Big 4 accountants that was always intended to feed into the committee's deliberations. This it did. In the findings this was noted: 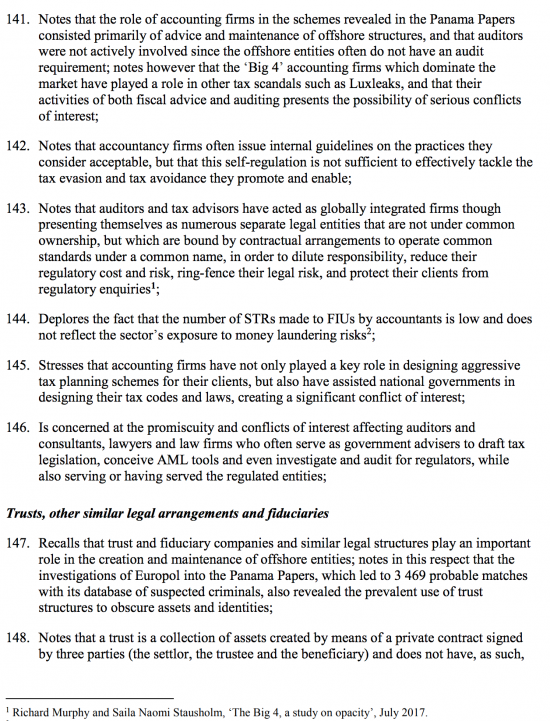 And this clearly had an impact on the recommendations made: 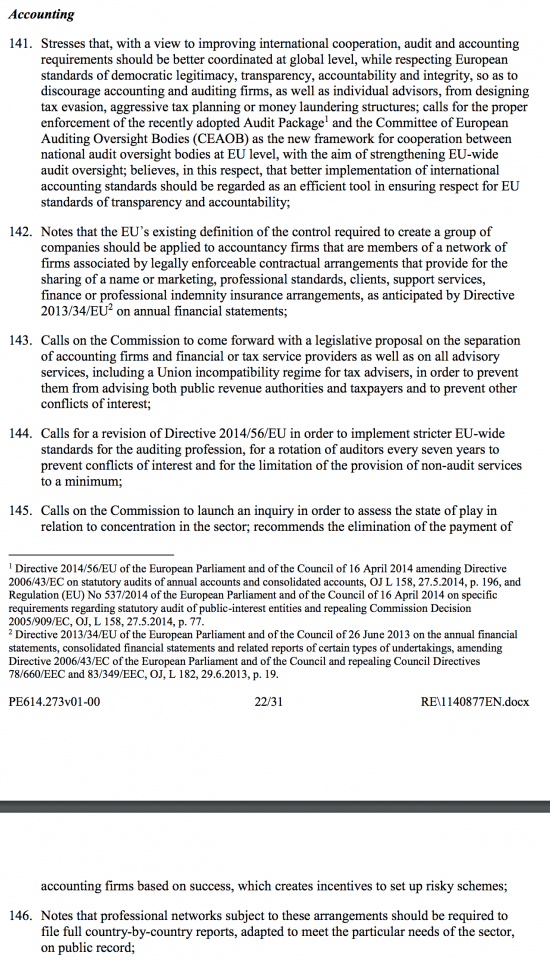 I think it quite fair to suggest that conclusions 142 and 146 derived directly from our work and we supported in varying ways all the other conclusions, which were suggested by others as well.

The work Saila Stausholm and I did is now being developed further, working also with Prof Len Seabrooke at Copenhagen Business School,  and more theoretical versions will appear in 2018 but it is good to see that it has already had impact.