Who delivered the greatest proportion of PFI spending?

From the FT this morning, from a useful article on PFI: 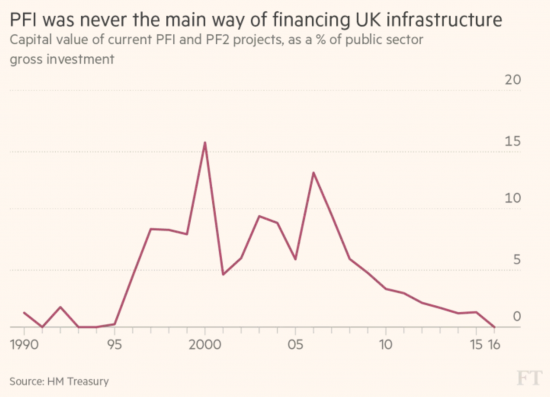 The data is significant: what it shows is a PFI peak in 2000, which were all Conservative begun contracts. In absolute value 2007 was bigger, I admit, but as a proportion of spend the Tories, on whose watch this all began, were more wedded to PFI than Labour.

And now it's time to clear up the mess.