How good is HMRC at beating corporate tax abuse? It would rather not say right now

I was asked recently how effective the so-called Google Tax had been at beating corporate tax abuse. More correctly called the Diverted Profit Tax, this measure was rushed through before the 2015 general election so that George Osborne could say he was beating abuse by the likes of Google, Twitter, Facebook and others.

We now know it did not work on Google: their tax settlement of £130 million was unaffected by the charge, apparently.

To find out I did an FoI. This is the response: 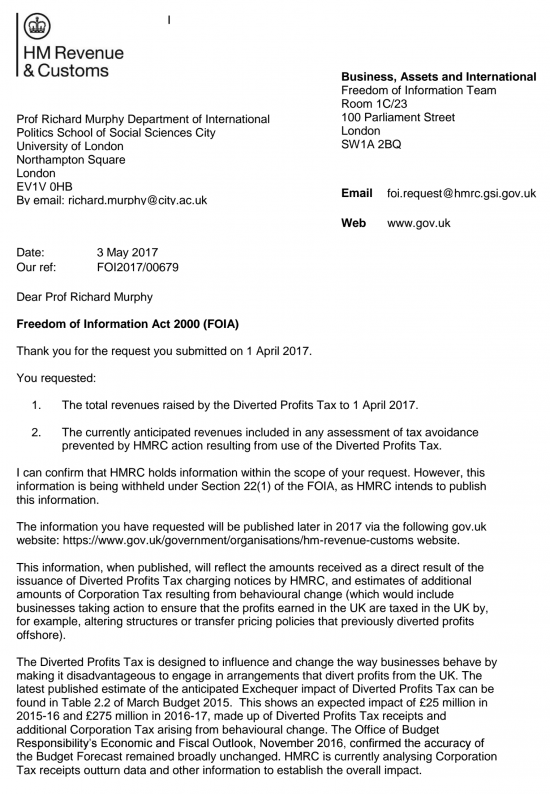 As ever, things are not quite all they seem. First, to state the obvious, they know and don't want to say. That's absurd, and does not indicate confidence.

Second, note that the figure to be published will not just be the tax collected but an estimate of behavioural change.

Third, note that this is expected to be the number they first thought of.

I would like to be less cynical. Nothing in here permits that.