The World Bank published a new survey of world trade yesterday which included this chart: 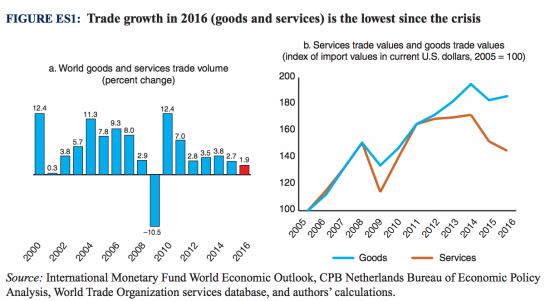 Three thoughts. First that says a down turn is coming to me.

Second, it says that just as trade is becoming more difficult the UK is creating massive uncertainty for itself in rocky markets where there is considerable excess capacity. That's especially true in our area of greatest exposure, which is in services.

And third? The silver lining is less trade in goods is of benefit to concerns over global warming. It's a silver lining, but that does not mean the first two issues do not need to be addressed, because they're looming large right now.