A while ago I realised it was likely that my total reads on this blog in 2016 would exceed those in 2015. That actually happened earlier this month. That realisation did, however, kick in the chartered accountant in me. Although having two million reads in a year is a totally arbitrary goal I admit it became one I wanted to achieve. I did, this morning, with just 36 hours to spare. The stats now look like this: 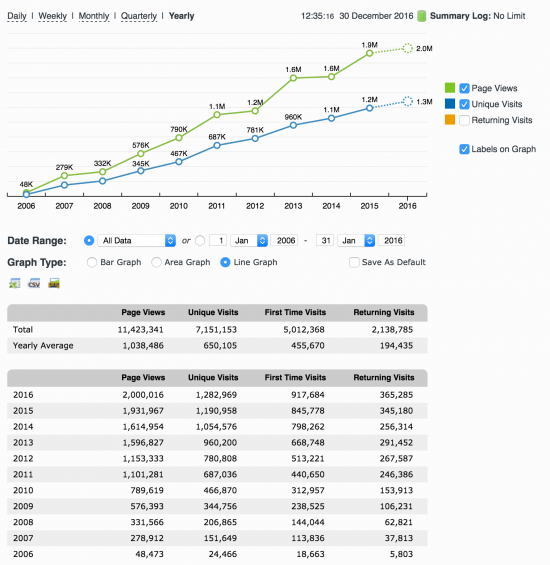 Thanks to everyone who has contributed to that total. In many ways it feels like a fitting conclusion to what I consider to have been the campaigning part of my career now that it has started a new, academic, phase. The blog will, however continue. I was never funded to write or publish it: it has always been something I have thought I have done in my time. And that's the way it will be in 2017 as well.