Real wages are still down from 2008

Geoff Tily at the TUC had some powerful graphs on changes in real wages from 2008 to 2016 yesterday. These address the claim that the UK economy is now doing well because there has been an undoubted real wage increase in the last year.

As he shows, real wages are still down from 2008 in every region of the UK: 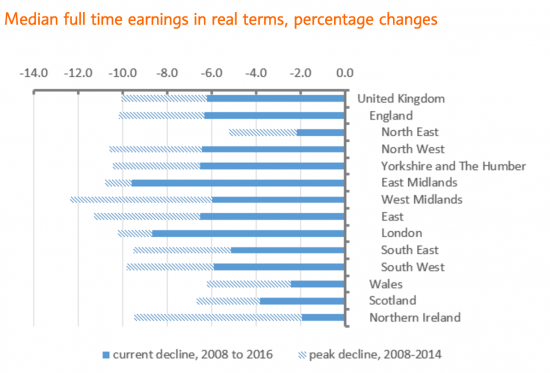 It is notable that Northern Ireland, Scotland, the North East and Wales have done better than most of England but that's mainly because of low pay in those areas and the national minimum wage increases having greater impact as a result, I suspect. This is the underlying data: 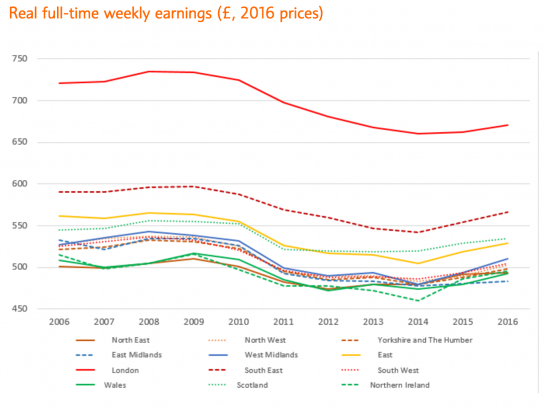 Before anyone thinks that the UK is in anything like a position of economic strength it is very clear that they need to think again. This is a story of continuing failure, not least at government level, where austerity has crushed the UK economy with very obvious consequences.