As the Guardian noted in a report published last night:

Lycamobile, the largest donor to the Conservative party, uses a complex web of offshore and UK companies so opaque that its own auditors can’t account for £134m of assets.

The financial affairs of the international telephone calls firm, owned by the Sri Lankan-born tycoon Subaskaran Allirajah, were described as “deeply worrying” by experts who also raised questions about the effect of the firm’s arcane structure on its UK tax bill.

Revelations about the firm, which has given more than £1.5m to the Tories since 2011, come as the Prime Minister is under pressure to crack down on tax havens and is hosting a global anti-corruption summit this week.

I worked with Rob Davies of the Guardian on this issue and the piece notes:

Richard Murphy, director of Tax Research and a professor of practice in international political economy at City University, said the accounts showed the “danger of offshore secrecy”. He said: “Lycamobile is so good at shifting substantial sums of money around its group that even the auditors, with full access to the books, cannot work out where that money has gone and if it can still be repaid.”

And he warned that the lack of clarity over the £134m made it hard to assess whether Lycamobile can pay its debts, which include £3.6m due to HMRC, £7.5m in advances from customers and nearly £18m owed to other businesses. “Let’s not pretend offshore secrecy and complexity has no consequence here in the UK.

“These accounts prove that there is real resulting risk in the UK from the complexity Lycamobile has created in tax havens and elsewhere at potential cost to us all.”

The issues are more complex than the Guardian story can, in the space available, reveal. The accounts that were looked at are here.

The first issue is that the accounts were late: accounts for the period to 28 February 2015 should have been filed by the end of November. These have only just gone in.

The delay is almost certainly due to the accounting issues that arose in the period. As KPMG say in their audit report:

This needs to be set in the context of the balance sheet: 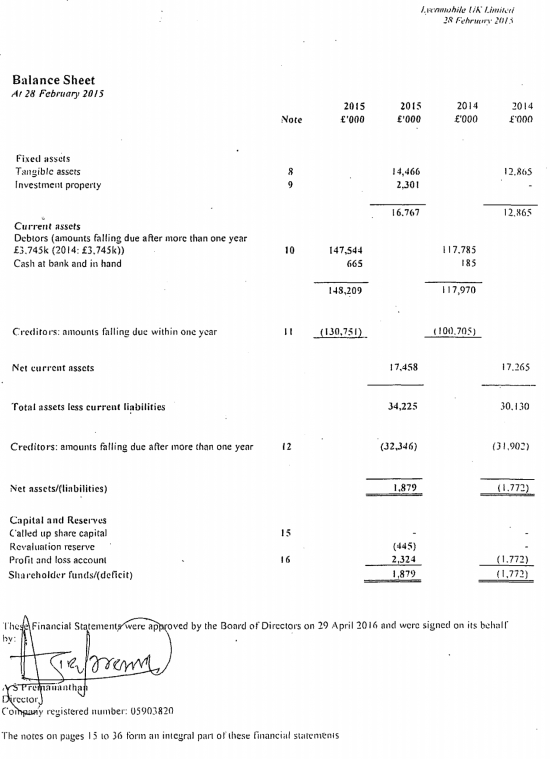 This is a company with total assets of £165 million of which the auditors cannot confirm £134 million. That is a massive issue.

The debts in question are explained by a note to the accounts, which is as follows: 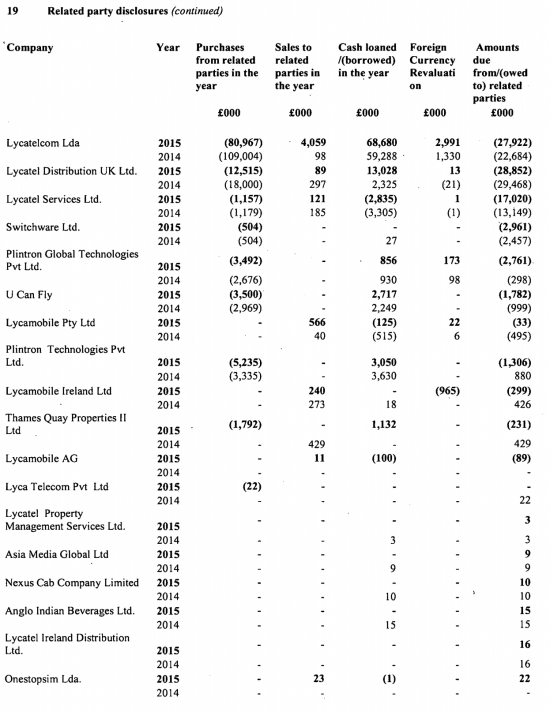 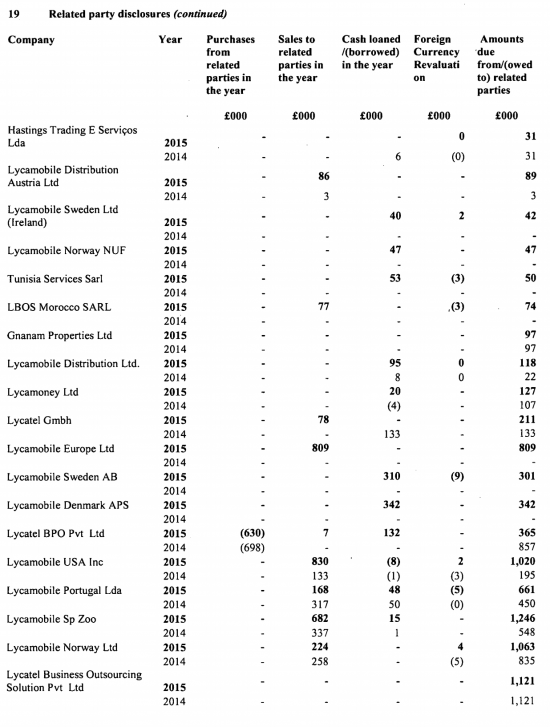 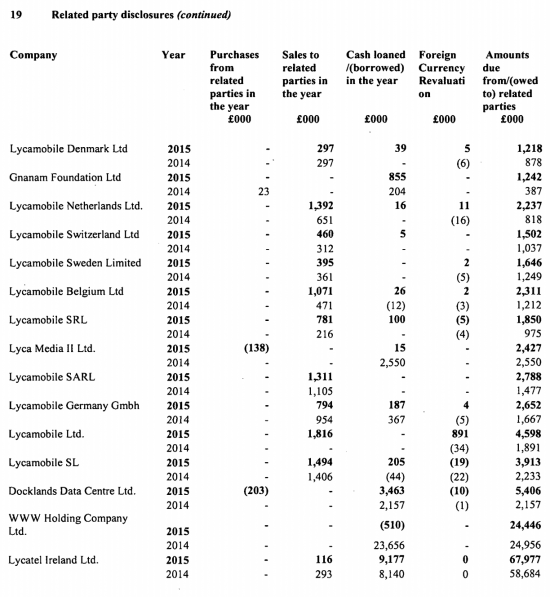 Somewhere, and maybe throughout that debt list, KPMG are saying that they cannot be sure that the debt that is recorded is necessarily payable and that the evidence of ability to pay cannot be provided. In effect, they are doubting the books and records of these related companies.

They have doubts about the books and records of Lycamobile UK Limited as well. As they also say in their audit report:

The second issue is one that has been known for a while; the first is new. Note 1 on this issue says:

In effect, they had no idea where this many came from.

This then is a company with a books and records problem. And an offshore one too. As the Guardian noted:

It also emerged that Lycamobile’s UK operation bought £81m worth of mobile phone airtime last year from Lycatelcom LDA, a company based in the low tax jurisdiction of Madeira. The latest available data for this Portuguese division show it had just four employees, despite reporting £433m of turnover.

Two of those employees, Richard and Filomena Benn, run a Madeira-based company that specialises in “tax planning”.

Alex Cobham of the Tax Justice Network was the commentator on this issue:

Unless Madeira has discovered a mine where you can dig up airtime, or all Lycamobile’s customers are calling [Madeira’s capital] Funchal, it’s hard not to wonder what the tangible activity carried out there is.

And I would agree with Alex on this:

I’m not sure a political party would be well advised to accept donations from such a source; but if you did, you’d probably want to keep the money in reserve just in case you might end up paying it back.

Why's that relevant? Lycamobile is the biggest corporate cash donor to the Conservative Party. That's legal. The accounts are legal.

But the auditor's concerns should be noted. This is a company where the auditors are having real problems verifying the books and records. That's rare and suggests significant risk, much of which in this case is related to the complex (and partly) offshore group structure Lycamobile uses.

Lycamobile is not an advert for the benefits of offshore opacity. In its case that opacity seems to have rebounded, badly.