Where’s the Institute of Chartered Accountants on the Corruption Summit?

I have been a member of the Institute of Chartered Accountants in England and Wales for almost 34 years. You would not know it from much of what they say and write: I am always amused at how little attention they give to one of their noisier members who is actively working on issues about which they should be concerned. But, as a member I thought I would, at the prompting of a commentator on this blog, check out their press releases in advance of the London Corruption Summit to be held tomorrow.

There is not a word to be found: nothing.

So I searched on the name of ICAEW chief executive Michael Izza and 'corruption summit. This is what I got: 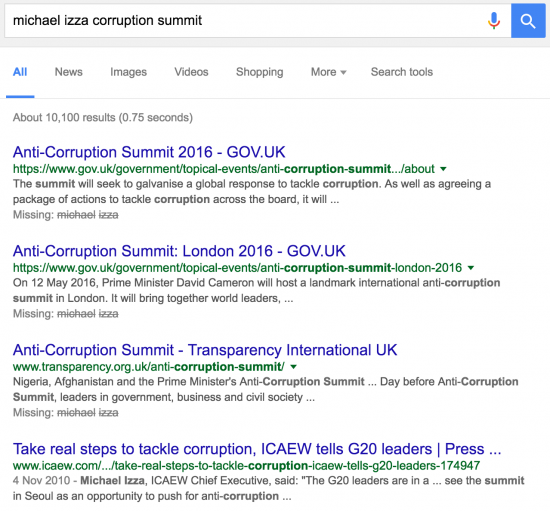 Nothing post 2010. I also did other searches with no better results.

Given that so much of the criticism of tax havens on the corruption issue relates to the role of accountants why is that?

Surely the ICAEW should be taking a lead here and saying what it expects of its members in the public interest?