Too close to call with confidence

This come from the Times Red Box email this morning (which despite its source I recommend, and it is free): 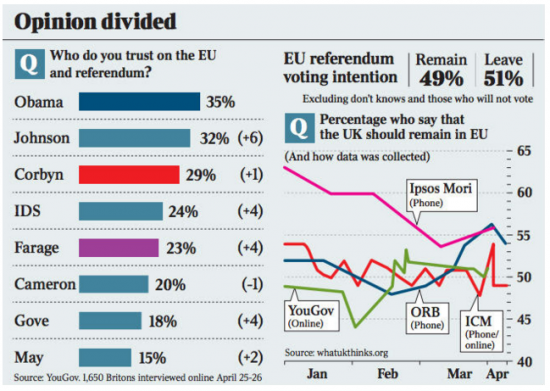 That's too close to call.

But what is astonishing is the confidence data.