Questions for PWC on the BHS Limited accounts

I have been looking at the last filed accounts for BHS Limited - the operating company of the BHS group that is now in administration. They are available, free, here. 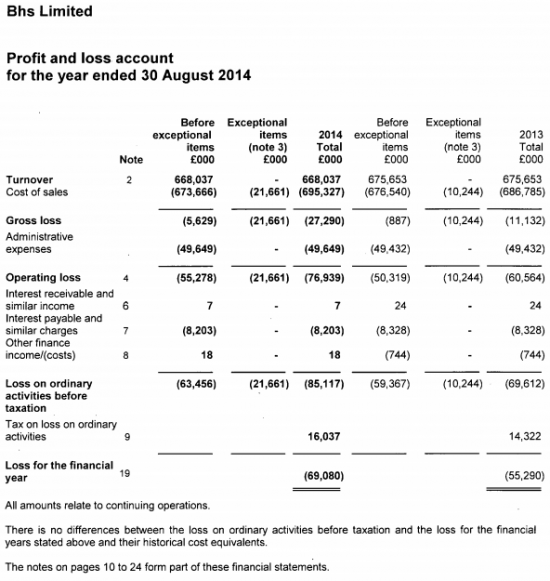 The balance sheet was as unattractive: 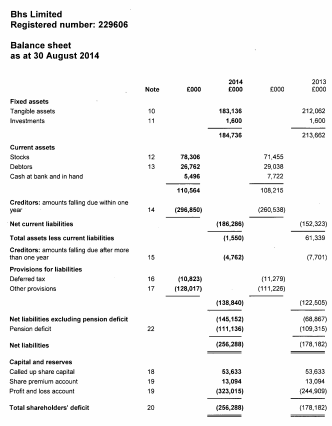 The key point here is the bottom line: the company had liabilities in excess of assets of more than £250 million. It had also had an excess of liabilities the previous year, as was also the case in 2012. This meant that there was an obvious doubt expressed in the accounts as to whether the company was a going concern i.e. whether it could still pay everyone to whom it owed money. This was addressed as follows: 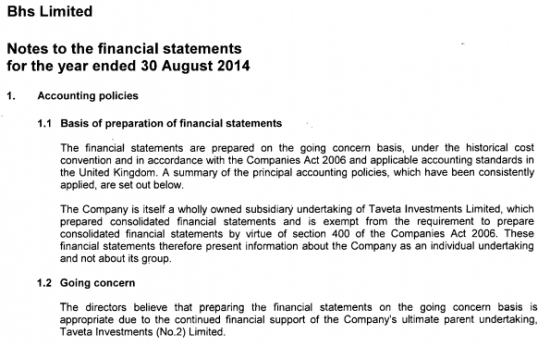 The key paragraph here is 1.2. It says that the company is solvent because of funding to be supplied to it by its parent company.

You can be quite sure that the auditors, who were PWC, will have required that support to be quite robustly documented and that they will have tested the reasonableness of the claim made. So they will, for example (I hope) have tested the ability of the parent company to support BHS Limited with the cash it needed and will have ensured that this support should persist at least until the next audit report was likely to be due.

This, then, gives rise to some very serious questions. First, the duty of the auditors is to the shareholders in general, and not the current ones in particular. In that case did they know a sale was pending? It seems very likely that they did. And did they ensure that the support of Taveta was transferrable on sale in that case? If not then the basis of preparation for the accounts was meaningless.

And what did the letter of support say? And how much did it cover? For how long? And how were the new owners to benefit? If PWC had not ensured that they did then there are serious questions to answer on their work, so I can only presume that the new owners did benefit from the assurances given. But in that case for how much is Taveta, and so Sir Philip Green, liable?

These seem to me to be reasonable questions.

And PWC know the answers.

It should be files open face up on the table time for them.

In which case getting PWC before select committees now seems to be to be a good use of parliamentary time. If these account gave a true and fair view then they need to explain how.