I have long argued that tax abuse results in messed up markets where abnormal behaviour has to take place to compensate for the absurdity of tax driven policy. Yesterday provided a perfect example. According to the FT:

Apple, the most valuable company in the world, completed the second largest bond sale of the year on Tuesday to fund its share buyback programme, as international debt markets began to reopen after a challenging start to the year.

The smartphone maker sold $12bn worth of debt across nine tranches, with maturities spanning between two and 30 years, according to several people familiar with the matter.

Let's put this in context. This is the Apple balance sheet at September last year: 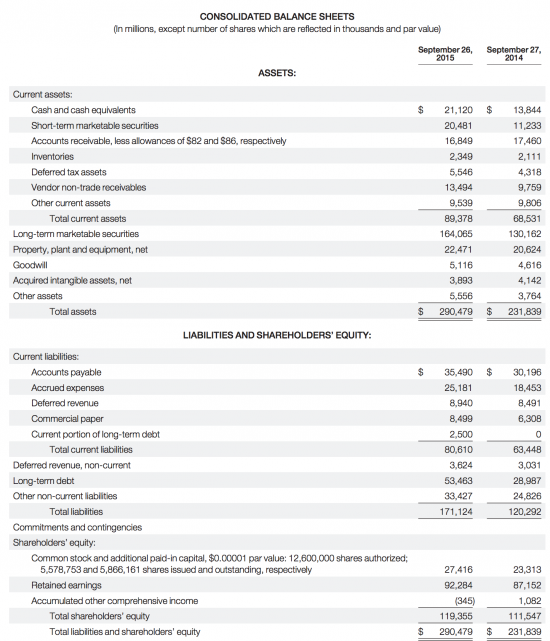 The company has net worth in UK terms of about $119bn, although we know the stock is worth a lot more. But, $12bn is significant: 10% of the company's apparent net worth is to be spent buying back a much smaller proportion of stock. You can argue that's a pretty bizarre policy in the first instance but that's not the key point here.

That key point is that Apple is sitting on liquid assets (cash, short term and long term marketable securities) of more than $200bn and yet it is borrowing to buy back its own shares. Why? Because some of those assets are believed to be locked in tax havens and tax of up to 35% might be payable if they were brought into the US. Only $26 billion is provided for this reason in the accounts.

To the extent that tax is not provided these funds are not available to the shareholders. And if 35% was paid on them the net worth of the company might (I stress, might as opacity in the accounting does not make it possible to be sure and I am looking worst case) fall significantly, immediately giving rise to question as to the real viability of such large stock buy-backs.

Tax abuse using tax havens (and I think it fair to call that abuse, whilst making it clear it is entirely legal) does then appear to seriously distort what Apple both says of itself and how it has to behave as a consequence. If that's not tax havens screwing up markets I am not sure what is.