Housing: no wonder there is no end to the problem in sight

Danny Blanchflower and I were speculating on twitter yesterday on how much the government should be spending on investment in the economy over the next few years given the current cost of money and the massive under-utilisation of resources in the UK.

I put in a big bid for housing. And please do not doubt that we could build many more. This is data from the House of Commons Library: 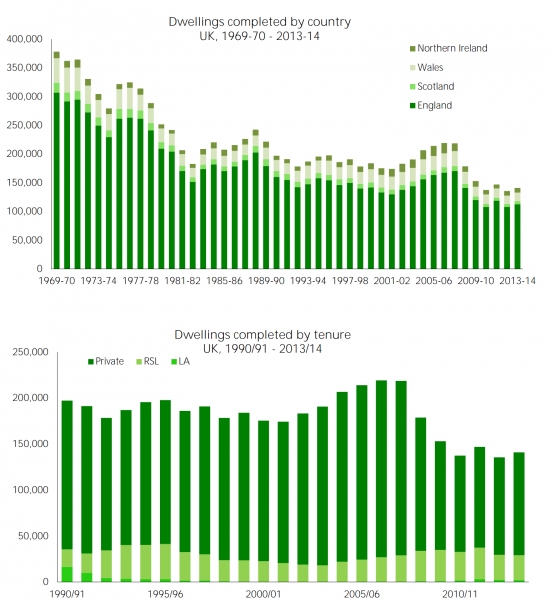 Housebuilding in the UK is a declining industry when it is glaringly obvious that we have a desperate shortage of houses.

And if in 1970 we could build more than double the number of houses we do now please let's not doubt we have the capacity to build more now.

So why aren't we. The Independent gives a clue this morning. This table compares government housing benefit and housebuilding spending: 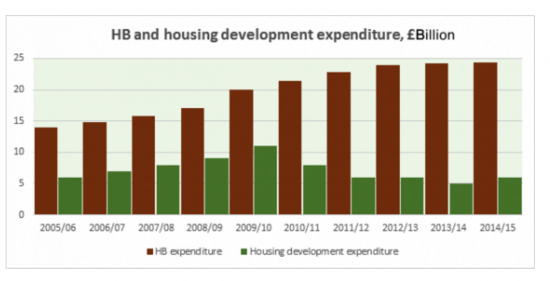 It would seem that the government has simply given up trying to build houses.

Now wonder we are in the economic doldrums.

No wonder we have a housing crisis.

No wonder we spend so much on housing benefit.

No wonder migration has been made into an issue.

And no wonder there is no end in sight.