This looks like 2000, without any of the redeeming features

This was the FTSE a few minutes ago: 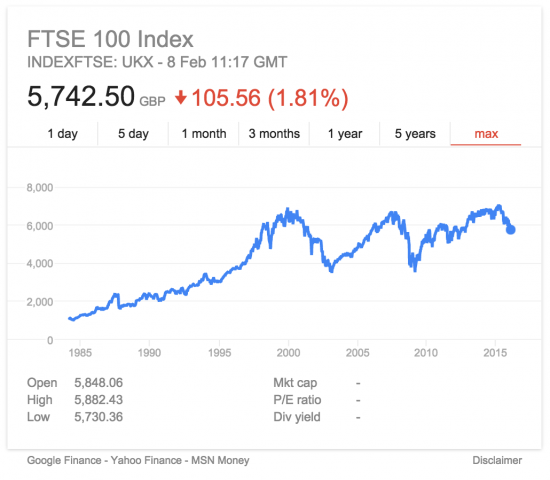 First things first, markets are down today, heavily, across Europe.

Second, so far this is not like 2008. I am not saying it could not be, but it isn't. There has been no catastrophic event, as yet.

Third, the decline looks much more like 2000: overvaluation is being adjusted for. I predicted it then. I did now. The story is always the same. A wall of money called savings hits the stock market which has no productive use for it and so as a result prices go up without any justification. And so they have to come down. They have some way to go.

Fourth, that they will go down more is obvious when the FT can report this today:

The suspension of payments to creditors and big write-offs by publicly listed entities are likely to reflect similar hidden crises at smaller, private operators that own most of the world’s vessels for carrying these products.

In 2000 the decline was because of the excesses of the dot.com era: this time the decline is because of global collapse induced by a lack of government spending and investment. Things could have turned ugly in 2002 but didn't. The downturn then came after a high and so spending was turned on. This time the decline is after a period of economic stagnation and no one is, as yet willing to offer the necessary remedy ( People's Quantitative Easing).

So, watch that index slide.

And worry that bank exposure to shipping is not looking good.