The Cracks Begin to Show: the UK Economy in 2015 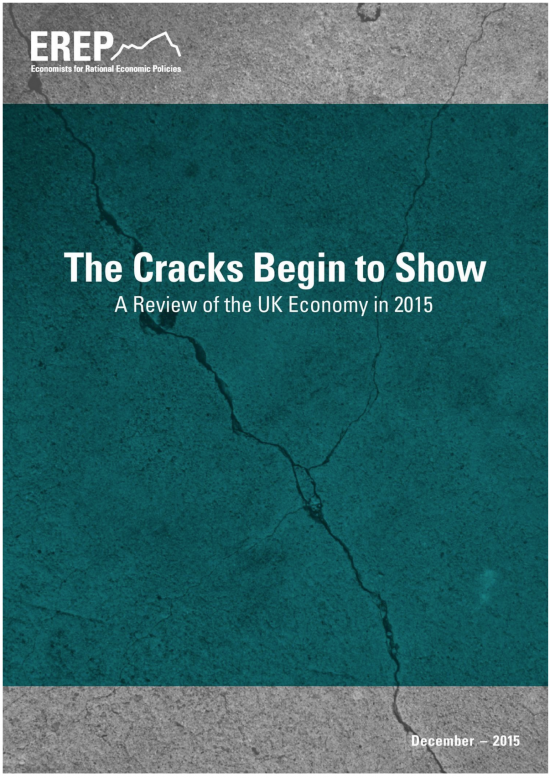 The EREP network – Economists for Rational Economic Policies (of which I am a member) – has published its Review of the UK Economy in 2015, with a series of short articles focusing on different aspects.  The Review argues (adopting an Osbornian “building” metaphor) that:

“As the year has progressed, the economy has slowed and regressed. The public finances are built on hopes and assumptions that appear to be fragile indeed, and economic activity in many key areas has decelerated whilst the property boom helps the asset-rich.  The weaknesses in the UK economy are more and more apparent, like a building with a flashy design but poor construction.  The cracks begin to show.  Let’s hope there’s no earthquake coming…”

The report’s authors include:

The full report can be downloaded here.

Information on EREP is available here.