I am working on some data at present in anticipation of the spending review. In the course of doing so I have been looking at annual government interest costs. I offered a graph of these the other day. It looks like this: 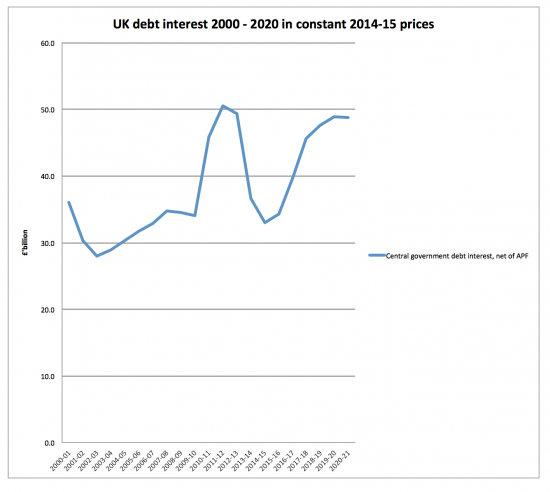 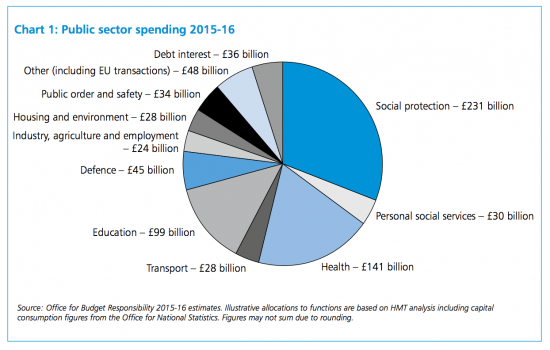 Now as my restatement in constant prices in the first chart shows, the debt paid of £36 billion is forecast to be low because the government is making a profit from the quantitative easing programme at present, but then notice a comment George Osborne made in a speech in anticipation of the spending review this week. He said then:

Where’s the opportunity in spending the same on debt interest as we do on our schools?

It is a little surprising that anyone who wishes to be taken seriously can equate £36 billion of interest cost (much of which is paid back into the UK economy and so taxed) with £99 billion of education spending, much of it (of course) on schools, but that is apparently what he wishes to do.

I'd love to know how he think interest costs are going to get so high that anything like equality between it and schools spending might happen. Or is he really just making this stuff up, because that is what it looks like?