As the GDP data makes clear, if there is an economic plan it’s definitely not working

This is a graph published by the ONS this morning: 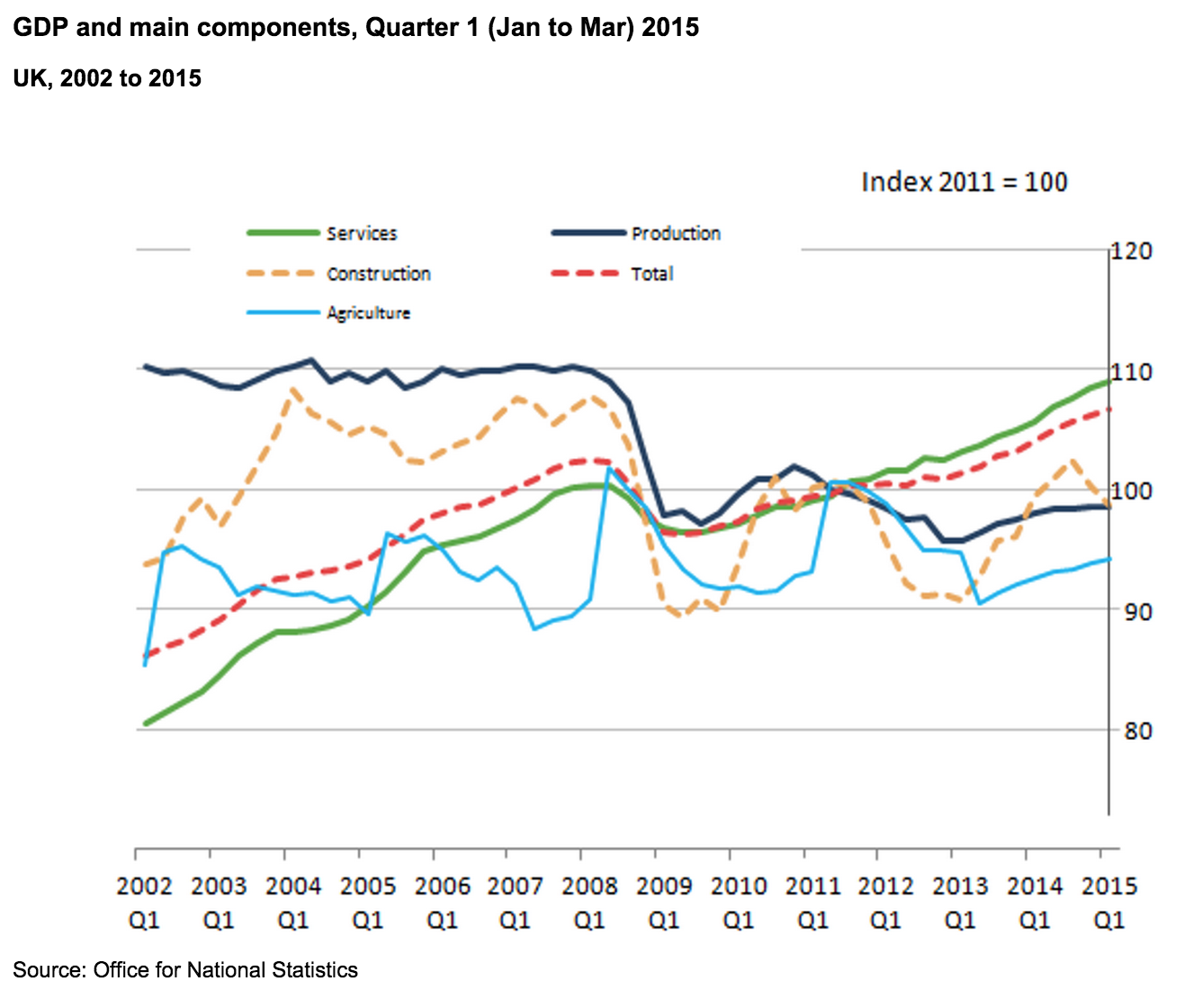 So, services are continuing to keep growth afloat, just. But we're not making things, we're not exporting, and we're not building. Indeed, as the graph shows, whilst Labour boosted production, construction and even agriculture after the 2008 crash this is simply not true under the Coalition. From when the Labour growth plans ran out in 2011 until 2015 all three of these sectors have declined. That's no economic miracle, and if it's a plan it's a bad one. This is an economy that's still not working.