The UK isn’t growing: it’s just working harder and that’s not a strategy

The FT notes this morning that:

Britain has been issued a fresh warning over its poor record in innovation and embracing technological change, with new estimates showing a key measure of productivity fell in 2014 for the third year in a row.

The report refers to one measure of productivity. Others suggest matters are much worse.

A much more detailed analysis of this issue is provided by the excellent Flip Chart Fairy Tales web site. This graph, borrowed from there shows the ONS data: 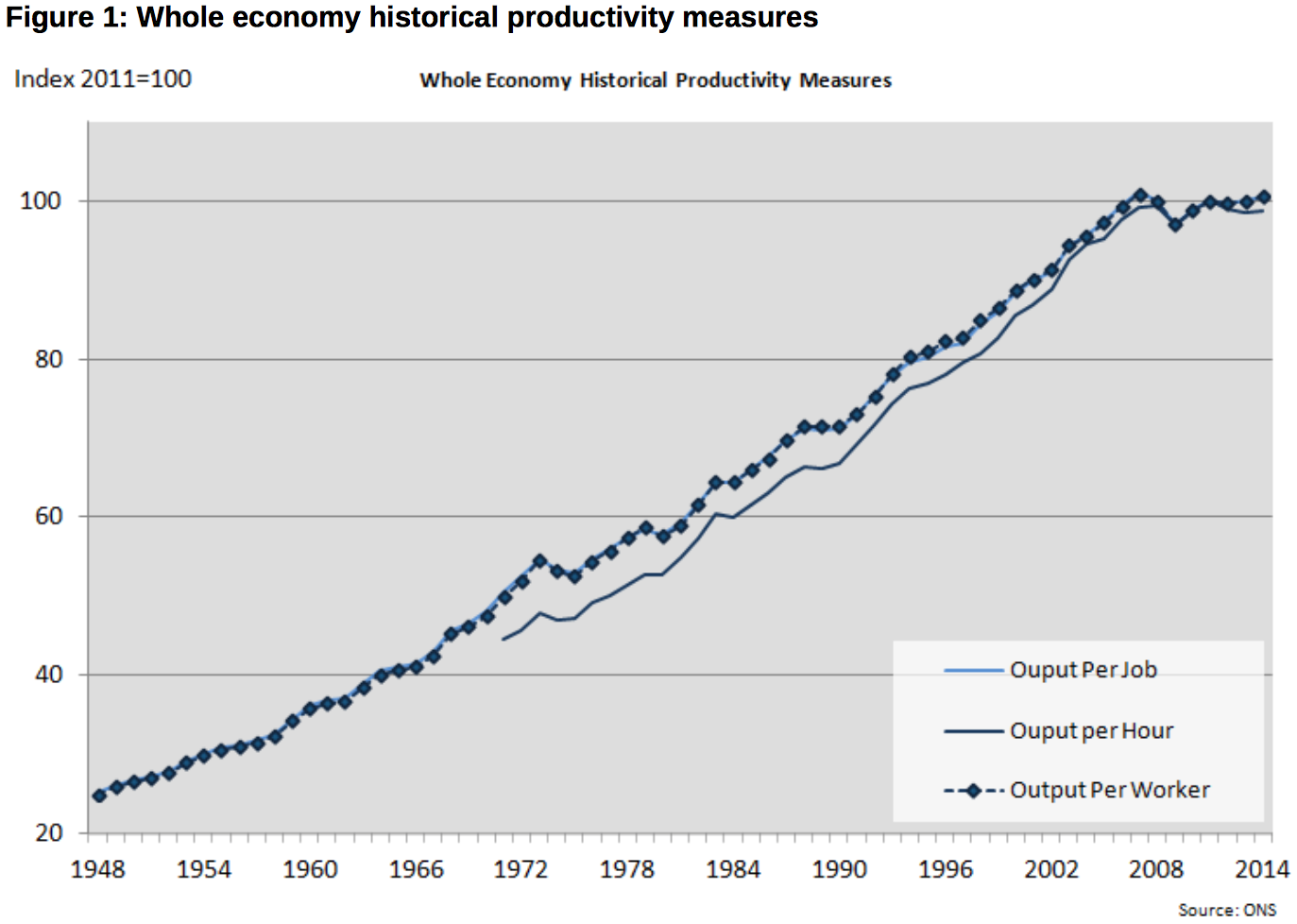 The UK has been flatlining since 2007 on output per hour. Growth has only come from increased hours.

This is dire, and leaves the UK out of line with many of its competitors. The explanation, again from the Flip Chart web site:

LSE’s Centre for Economic Performance published a pre-election briefing on productivity a couple of weeks ago. Among its conclusions:

"UK GDP per hour is currently around 17% below the G7 average. This is due to low investment especially in infrastructure and innovation, poor management and weak intermediate skills."

We are not enjoying an economic miracle in the UK. We are suffering enormous strain because we'd rather not invest so that managers and banks can make short term gains and we'd rather create low paid jobs than provide people with the skills they need.

This is the crisis that any new government needs to address after 7 May. Labour's pale green new deal is welcome in that respect. But what we really need is a clear, funded and coherent industrial policy. A proper Green new Deal could be just that. And no one else but government can deliver this change that is so necessary. That is what government is for and to suggest that this issue can be left to the private sector is absurd: they created it in the first place.