Before anyone gets too excited about today's employment news note this from the Resolution Foundation: 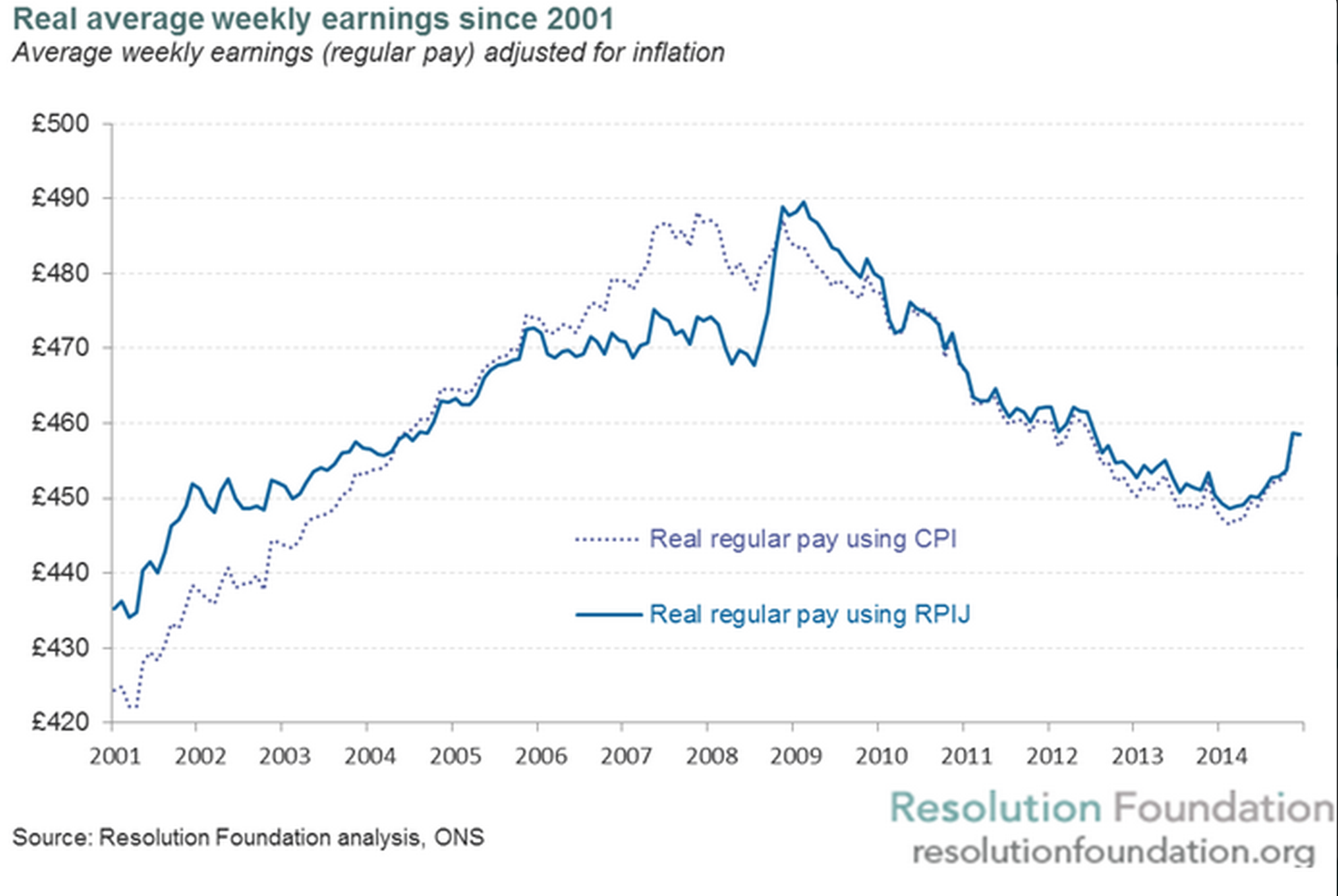 Real wages are growing because inflation has fallen.