Has the non-dom announcement worked for Labour?

I am not objective on the non-dom rule. Having worked to get rid of it for eight years it would be ludicrous of me to say I was. But this series of tweets from ITN's Tom Bradby is from someone who is no great friend of Labour, I'd say: 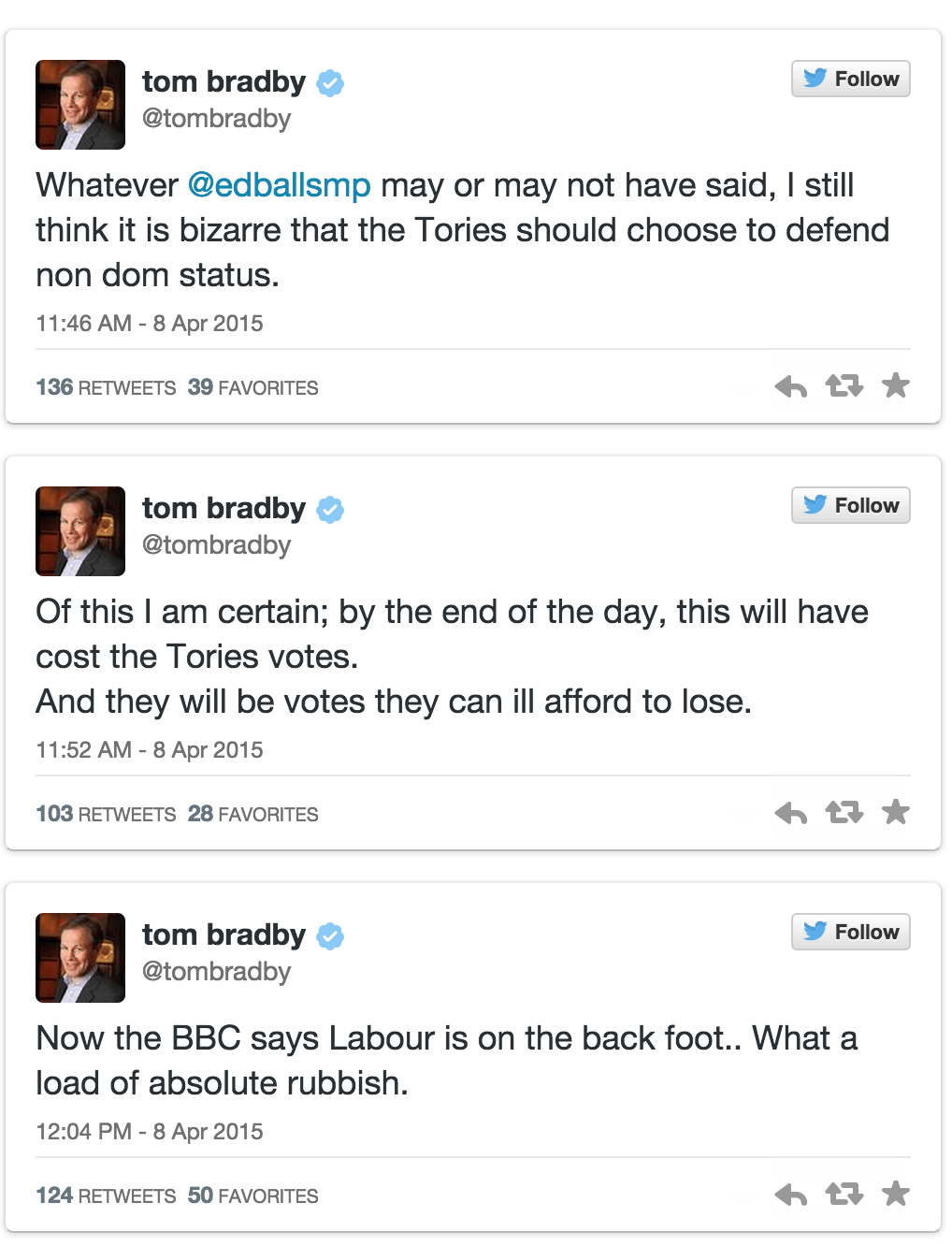 He is right: the non-dom rule is indefensible. Even trying will have cost the Tories votes.

And increased the chance of it going - which matters to me.