What people in the UK really earn

Research has shown most people have little clue how income is distributed in the UK. In particular, the wealthiest think they are worse off then they are and many on what is called 'middle income' do not realise that they earn much ore than 'middle'.

Latest data from HMRC, just published, emphasis this. I have reduced their table to the most recent year for which information is available, which is 2012-13:

A decile is 10% of taxpayers. People who are not taxpayers are not in this table, so it overstates average incomes.

To emphasis the point median income by year looks like this: 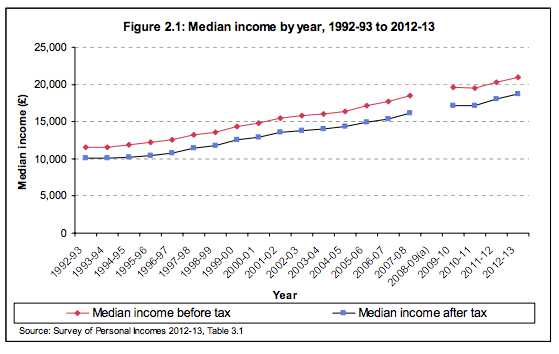 There is  no doubt that the UK needs a pay rise.