The IMF published this chart this afternoon: 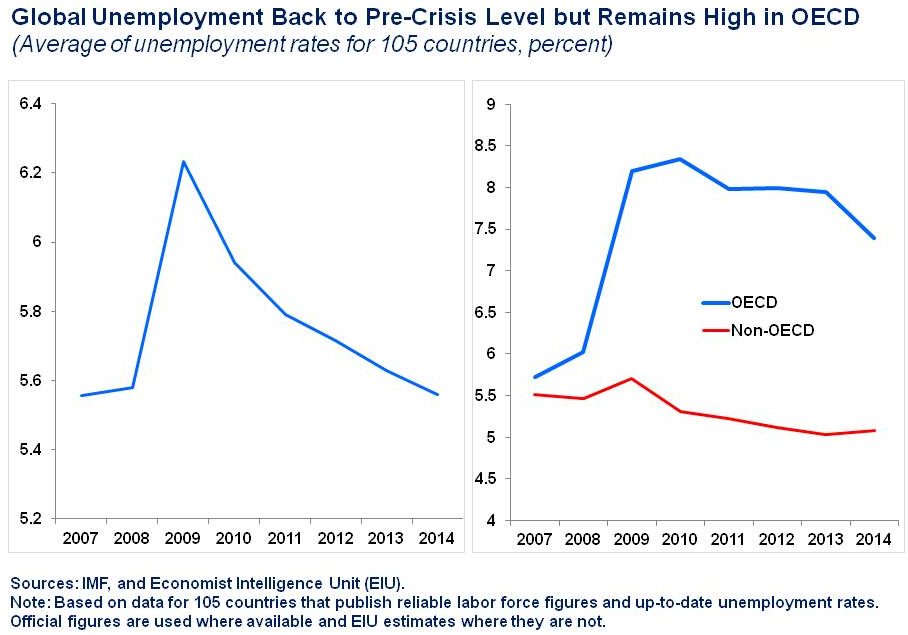 As they say, the idea that the unemployment consequences of the 2008 crash are over is not true: in the OECD it would appear that the impact remains real and will continue for some time. Outside the OECD that's not the case.

So, what's the reason? Is the OECD issue the impact of big finance? Or globalisation exploiting a situation? Or ideological rigidity demanding austerity? Or a lack of credit? Or big government (which I do not think at all likely, but have to put in the list)?

I'd say it was over dependence on finance and an inappropriate model of macroeconomics incapable of embracing an appropriate reaction to a significant shock.

But what I think we can agree on is that the problem is not solved, and that has a real human cost.