The Big 4 and the City of London

As I mentioned on Saturday I spoke at a session of the People's Parliament in a committee room of the House of Commons last night that addressed the Domination of the City of London. 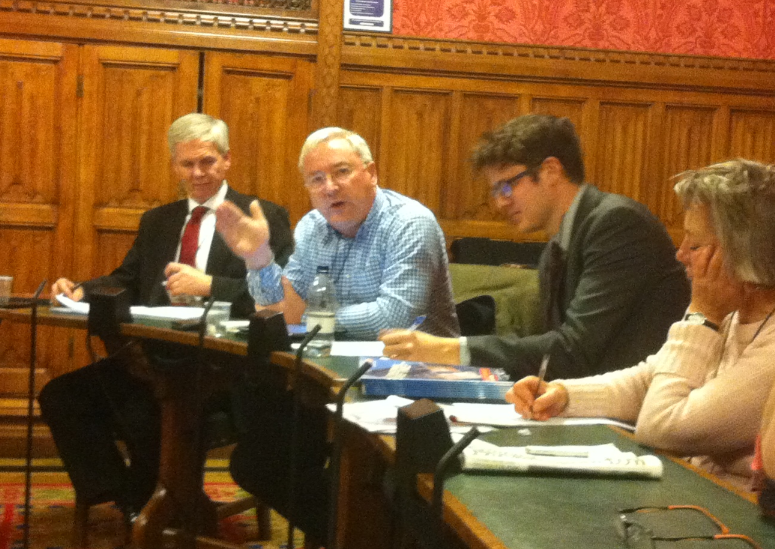 Jon Christensen of TJN is on the left; I'm in the blue shirt clearly holding forth with Robert Palmer of Global Witness and then Linda Kaucher, a regular commentator on tis blog, to the right. The photo is by Atul Shah, another commentator here,

This is pretty much what I said, laid out in my usual mindmap style: 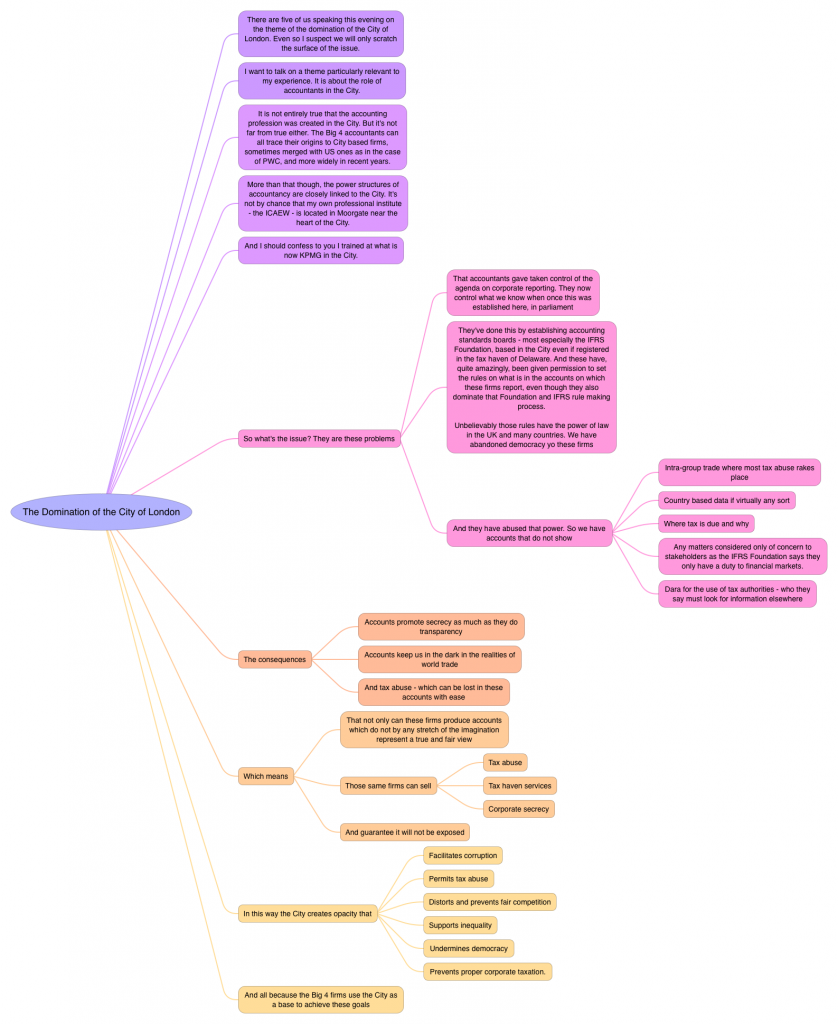 To read it more clearly click on the image and it should open in a separate browser window.

The session was animated and the questioning was of high quality (although two nay-sayers claimed nothing had changed in twenty years in tax havens or tax, which very politely suggested to me they've had their heads in the sand for a long time).

Some of those questions will result in blogs over the next few days. I'll raise the issues then rather than elaborate now.