How many things can you get wrong in one sentence?

Gordon Brown dealt a blow to Labour's economic credibility by wrongly giving the impression in his final year as prime minister that the party failed to understand the importance of tackling Britain's unprecedented peacetime budget deficit, the shadow business secretary, Chuka Umunna, has suggested.

How many things can you get wrong in a sentence? This is UK public debt as a proportion of GDP since 1900: 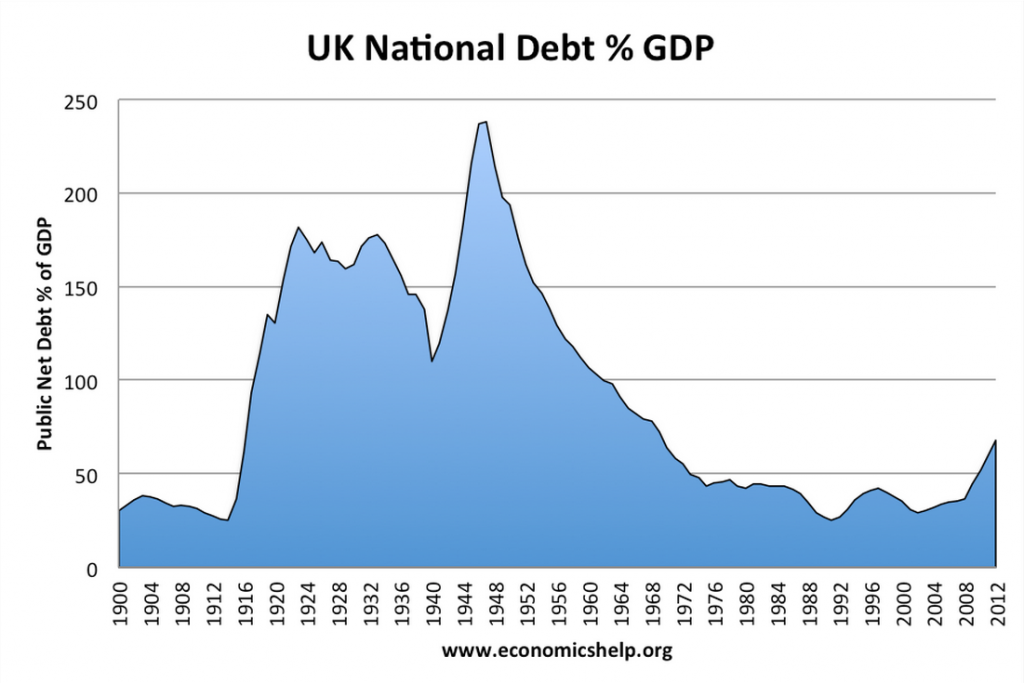 From 1919 until 1970 peacetime debt was higher than now (and the above data fails to take QE into account). The claim that there is unprecedented UK peacetime debt is wrong.

And I wonder, what would Chuka have done here: 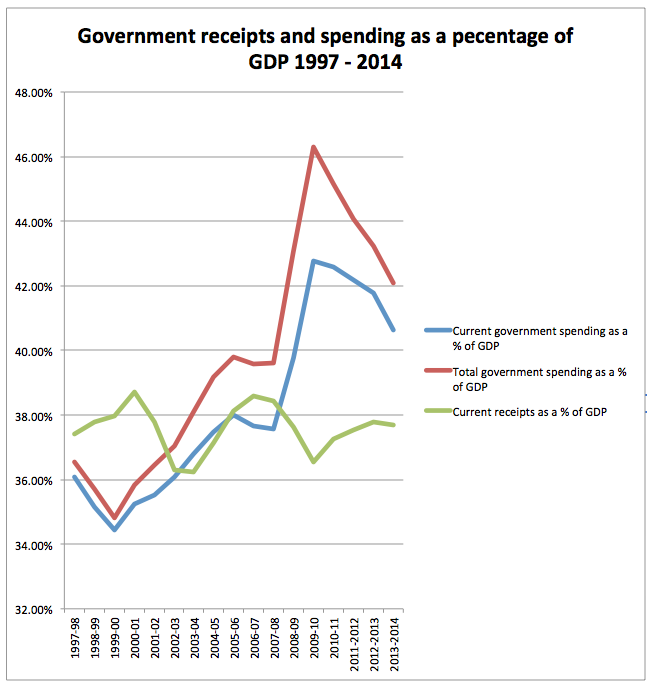 The source is HM Treasury Budgets.

In 2008 would Chuka have said let's abandon all automatic stabilisers and leave people on the streets?

Would he have abandoned the banks and let the economy fail overnight?

Would he have refused to take action to ward off recession - as happened?

And would he have said spending must be cut because GDP fell - compounding the economic cycle?

If not, what is he saying?

And how and why does he think in his period tackling debt was the priority (if it ever should be)?

I think it's a fair question to ask because I cannot work out what this is about in which case it is fair to think others might not as well.