The UK’s corporation tax statistics are just incredible. Or wrong, if you’d prefer to put it that way

New corporation tax statistics are out from HMRC this morning. They can be looked at from all sorts of directions of course, but one of my questions always relates to basic credibility.

A basic way of testing credibility would be, in my view, to check that it seems likely that the corporation tax system is likely to capture data on a very good proportion of all the companies that are likely to owe this tax. So i did some calculations comparing table 11.3 on the number of companies declaring taxable income to HMRC with the number of companies recorded at Companies House (some data from here).  HMRC only have data up to 2012-13. This is the data: 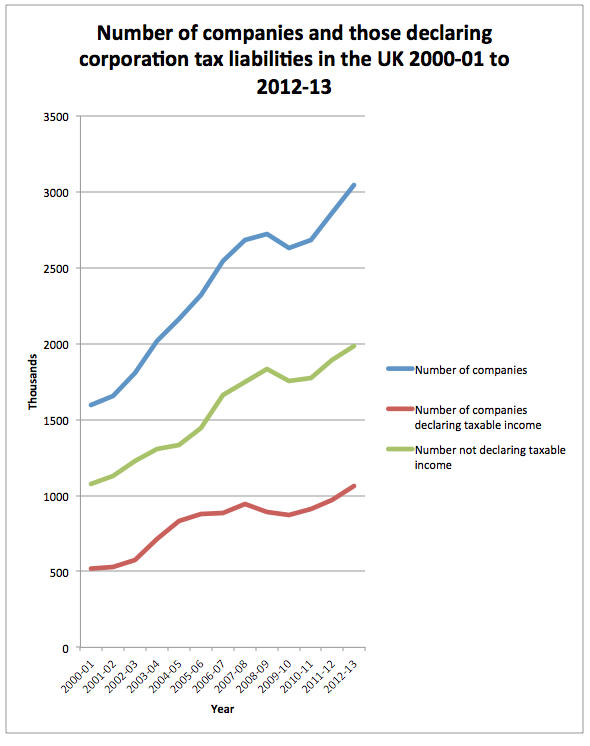 Let's out that another way. This is data on the number of companies not declaring taxable income over that period: 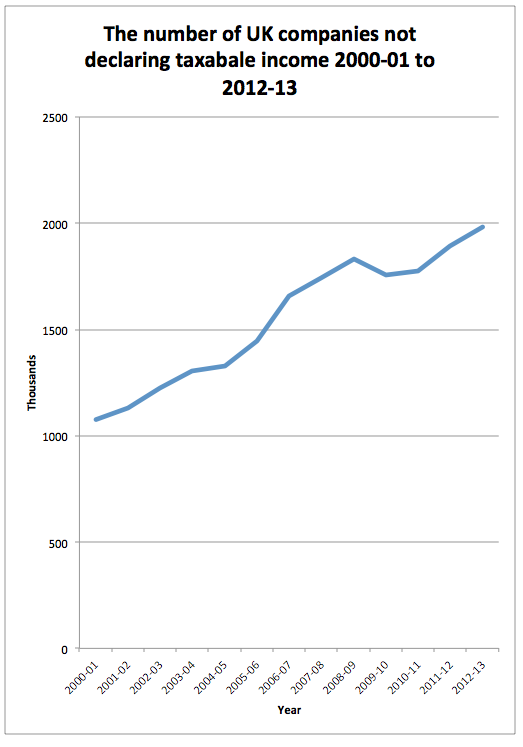 It was pretty staggering that there were claimed to be over 1 million dormant companies at the turn of the century but now there are nearly 2 million.

I have to be candid: I don't believe that. I think there are many more trading than say so. I think it's utterly implausible that this is not the case.

What this implies is this: 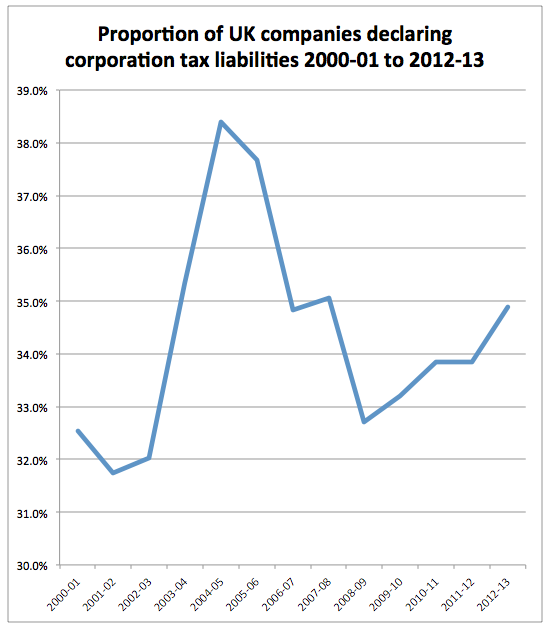 Since HMRC's merger the number of companies declaring taxable income has gone down. It's recovering a little but remain at around one third of all companies.

Again, I don't believe that is the number that should be.

There is more on this here including why I think at least 400,000 of these supposedly dormant companies are trading, which given the data, seems remarkably few.