The government has, within the last hour, published its statistics on the total tax take for July 2014. I have done a little number crunching. 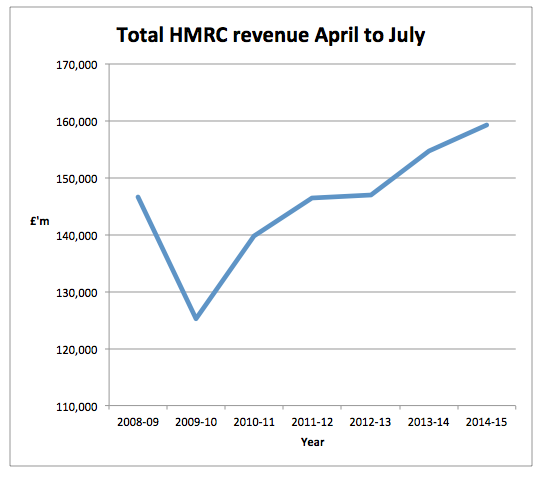 You would think George Osborne should be relieved; there is an upward trend.

That would be a deeply mistaken conclusion. Taking this data as a proportion of the total HMRC tax receipts for each year (using the 2014/15 OBR forecast here, table 2.8) the data looks like this: 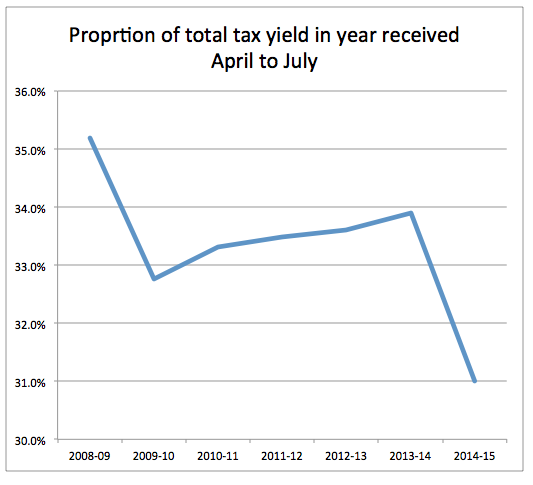 Total forecast HMRC receipts are £513,600, which I have always considered optimistic. The July shortfall suggests an undershoot of £13.9 billion.

Assuming all other forecasts remain as stated this would increase forecast borrowing this year from £83.9 billion to £97.8 billion - more than last year's £95.7 billion.

George has a very great deal to be worried about.