There’s nothing to celebrate about returning to 2008’s GDP: almost all of us are worse off still

Before anyone gets excited about GDP returning to 2008 levels (as is likely to be announced tomorrow) can I refer to this table issued by the ONS on 2 July: 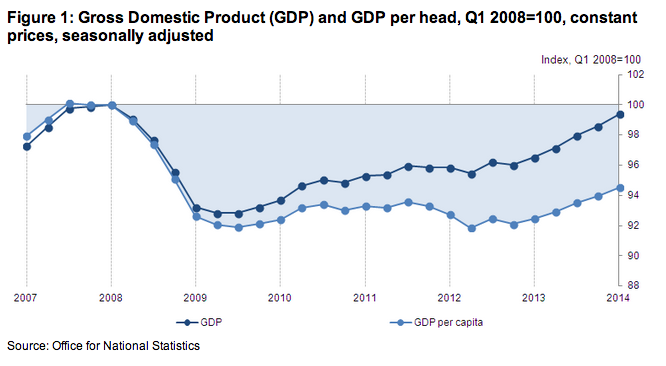 The point is an obvious one: even if the absolute level of GDP has returned to the 2008 level GDP per head has not. It is at no more than 95% of 2008 level. And that means almost everyone in this country is still worse off than they were in 2008. That's nothing for the government to celebrate.