Following Dave Hartnett's move to Deloitte I made an FoI request. The request and the answer are summarised here: 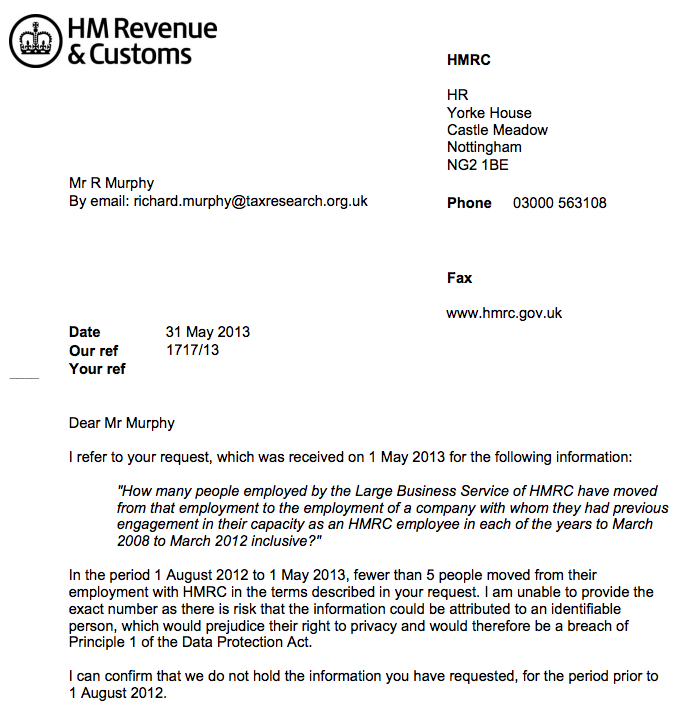 So, we now know people do leave HMRC to join the staff of the companies whom they previously taxed. And equally we know that until last year HMRC had no systems to monitor this potential abuse.

Both are worrying, but the practice the more so. How can it be allowed that HMRC staff can join the people they were previously taxing - taking with them their knowledge of HMRC's position on the company's issues? If that is not a revolving doors issue I am not sure what is.