The myth that we own our pre-tax income is just that: a myth. We only own our post tax income

This tweet, now over a month old, seemed to be causing concern amongst the libertarian right twitosphere last night:

My thinking on this issue is, undoubtedly, partly my own. Some derives from the work of philosophers Liam Murphy (no relative that I know of) and Thomas Nagel. I have not got time to write much on this today, but York University philosopher Martin O'Neill did so for Tax Justice Network in 2009 in its Tax Justice Focus. This is the article, in three parts, or read the original here. As Martin says, the idea that we own our pre-tax income is just that: an idea. That does not mean it is true, and the contrary is, in my opinion, correct. We actually only own our post tax income: the tax we owe must belong to the state. If it were not then we could not enjoy society as we do. 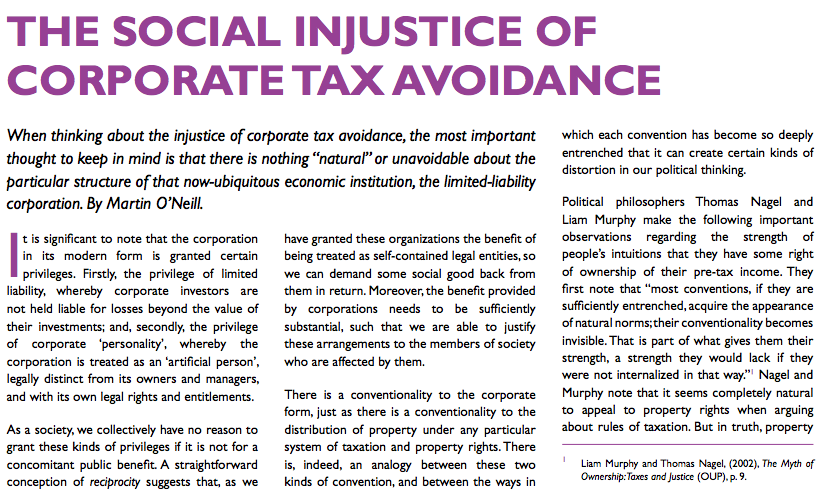 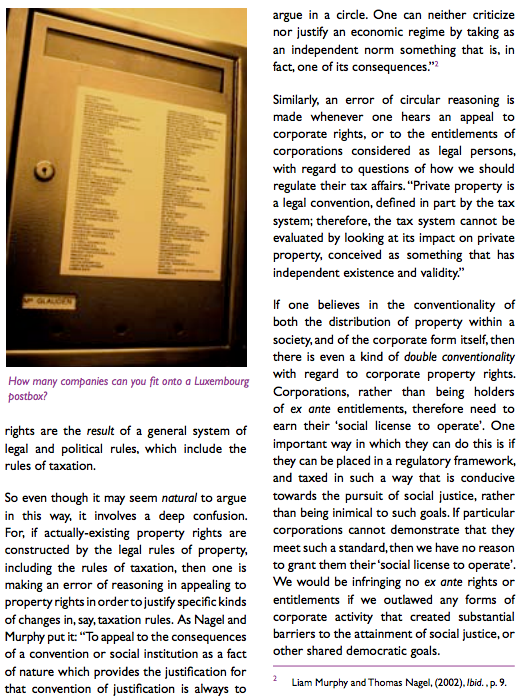 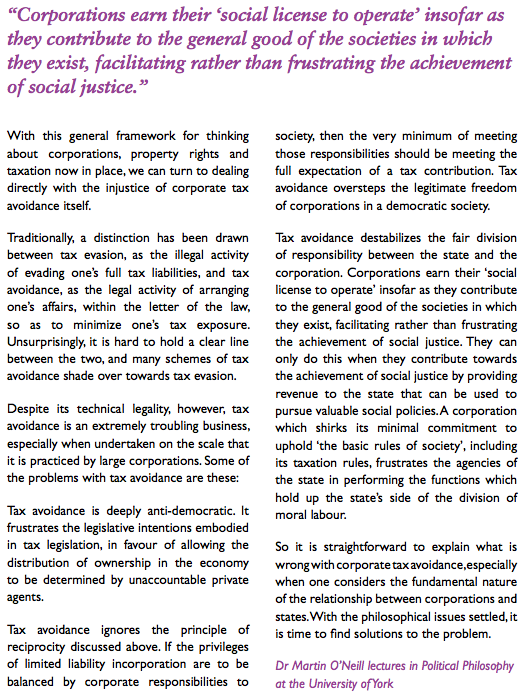