Wealth – and why we should tax it

I am attending a discussion on wealth taxes this morning. In that context I noticed this on the Ekklesia web site as part of my morning mail:

The Walton family which owns this has seen its wealth grow so exponentially that they now have as much wealth as the bottom 48.8 million Americans combined, but are still pushing for tax breaks. Meanwhile, many of their employees in the US are paid so little they qualify for food stamps.

Here in the UK, ‘[t]he general work force’s share of the gross national product has shrunk by 12 per cent since the mid seventies.’

And this is not chance:

The rich achieved this by becoming active in politics, but not in a visible, upfront way. Behind the scenes they funded the politicians who would deliver the kind of low tax, small state, anti-union, survival of the fittest society they desired. They also funded a host of think tanks that promoted economic theories and policies which would be favourable to their interests, and pressure groups that would shape public opinion. Whereas in the US the super-rich funded the tax-hating Tea Party, and then claimed it was a spontaneous grassroots movement, here in the UK the Taxpayers Alliance claims to speak for all taxpayers, whilst many suspect it really represents the interests of the very rich.

Wealth taxes have problems. But there's not a shadow of a doubt that we need them.

Incidentally, my initial thoughts before attending this meeting are shown here. They're not meant to be comprehensive (click on image to enlarge it): 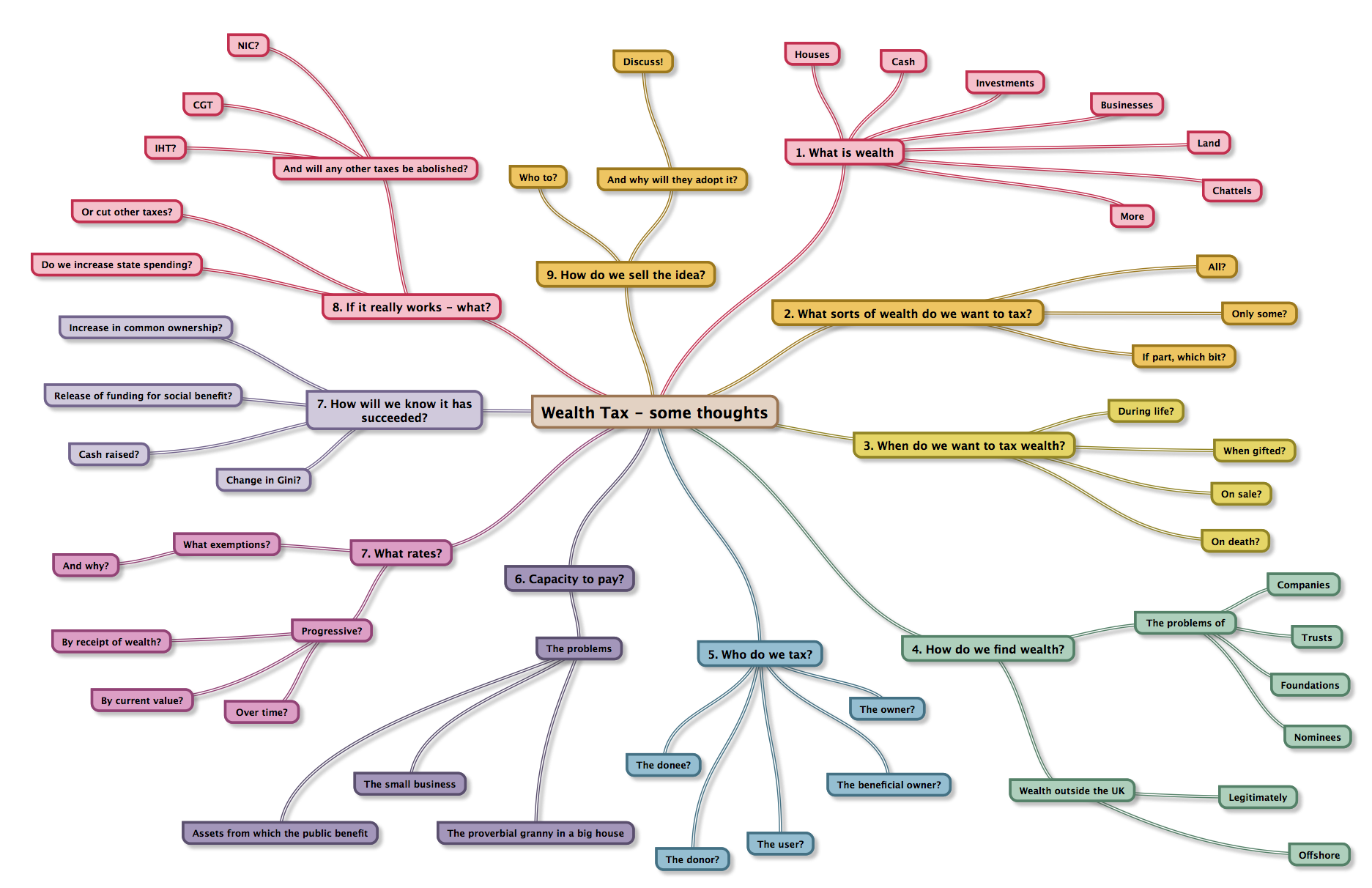