The OECD agree the TUC and Tax Justice Network were right on the tax problem. Now they just need to agree the solution

In 2008 I wrote The Missing Billions for the TUC. Perhaps the most significant finding was this: 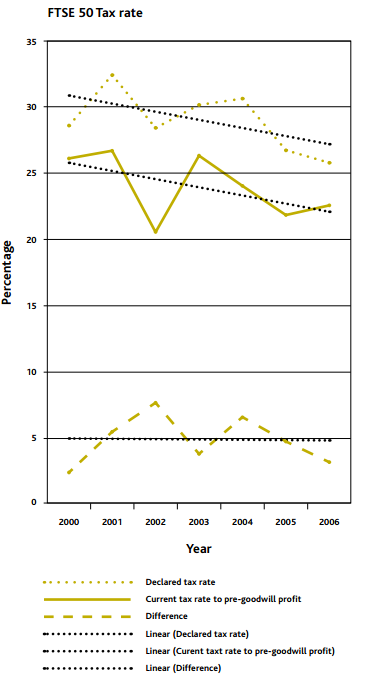 For the top 50 companies in the FTSE there was clear evidence that with a static UK tax rate in that period their effective tax rates were falling heavily, and steadily, and that real tax rates were 5% lower, continually, than those they on average declared.

Of course, the government rejected the findings at the time, and since.

The Telegraph reported yesterday that:

According to the OECD’s preliminary investigations [on corporate profit shifting], the gap between the level of tax multinationals pay and the statutory rate “has clearly broadened and this is largely due to aggressive positions taken”. It has also acknowledged that, with many countries facing austerity, “it is more important now than ever that taxpayers pay the right amount of tax at the right time and in the right place”.

I think I can fairly ask why it has taken 4.5 years to realise this.

I think it also appropriate to note that it was a little while ago that I defined tax compliance as seeking to pay the right amount of tax (but no more) in the right place at the right time where right means that the economic substance of the transactions undertaken coincides with the place and form in which they are reported for taxation purposes.  I am glad that the OECD also now agrees.

Now it's time to embrace the solutions too.  Like country-by-country reporting, moving to unitary taxation and tackling artificial relocation to tax havens. But if it's taken over four years to see we're right about the problem, how long will it take to agree we're right on the solution? It will happen, it's just when.