Labour reduced child poverty. The Tories won’t. That’s all you need to know

This graph comes from Chapter 1 of the Households Below Average Income survey from 1994/95 to 2010/11 published yesterday. 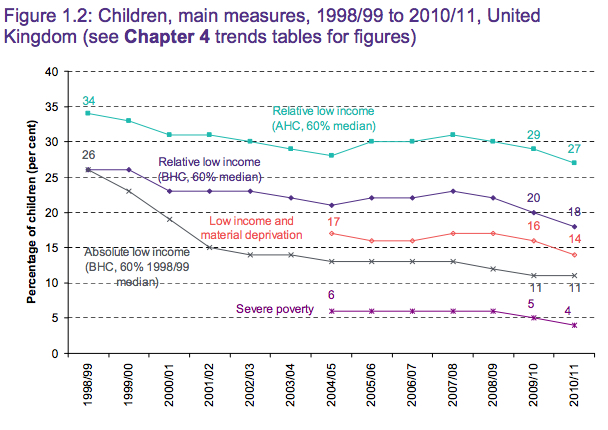 The point is a simple one. On every measure, without exception, Labour cut child poverty. That is a massive achievement.

The Tories won't do that.

Worse: they're trying to define the problem out of existence by pretending the problem does not relate to cash. And their cuts will, inevitably, mean that poverty rises whatever happens.

And for anyone with a conscience that's all you really need to know.