In the latest BBC 5 Live / ComRes opinion poll there's some fascinating data, none more than this in response to the question 'Which of the following do you think has the GREATEST INFLUENCE on the future of the UK economy?'

The polling was this: 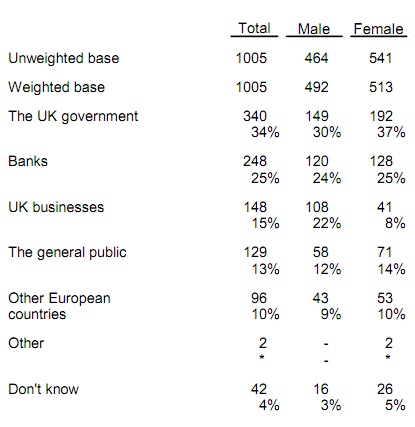 What does that say? Simply that despite the pernicious and harmful influence of banks, and despite the messaging of neoliberalism people still think that the government is a major economic player.

Which also means they are looking for a a Courageous State to fulfil on that responsibility.