Which secrecy jurisdiction has most employees in the financial services sector?

There’s a new report out on the secrecyjurisdictions.com web site. It’s entitled Key Data Report 3: The Share of the Workforce Engaged in Financial Services. The report does exactly what its ttitle says: it looks at the proportion of the workforce working in financial services in each of the secrecy jurisdictions surveyed. As the report notes:

A high proportion of people working in financial services in the overall economic activity of a country is likely to indicate the existence of considerable political influence by the financial services industry on the government of the jurisdiction. It is almost universally true that the more reliant a territory is upon a particular economic activity the more deferential it is likely to be to the demands of that sector. Such influence can undermine democratic decision making processes, can facilitate corruption, in the case of financial services can create a strong orientation towards the needs of those outsides the territory who would not normally be the prime concern of its government, and can be (but we stress, is not always) conducive to a criminogenic environment.

This is especially so as the issue of employment is always emotive and totemic in politics. A financial services provider in many secrecy jurisdictions will only have to claim that new regulation to limit its activity is “business-damaging” and will therefore threaten employment and if that sector is one of the largest in the economy then politicians will take great heed and the more likely it is that appropriate regulation will be rejected.

Alternatively, and as is well known, abusive regulation may be introduced at the behest of the financial services sector if it has influence of this sort. It is well known that Ernst & Young and PricewaterhouseCoopers paid for the creation of limited liability partnership law in Jersey to suit their own purposes and to bring deliberate pressure to bear on the UK. It is also recorded that the Society of Trust and Estate Practitioners has been active in promoting what many consider abusive forms of trust, including the VISTA trust in the British Virgin Islands. When Jersey introduced broadly similar trusts in 2006 the law was passed without discussion by its parliament at the behest of local professional firms.

The problem is at the end of the day, as we note:

[I]f a high proportion of the labour within a jurisdiction works for the financial services industry there is likely to be considerable and increased tension between the conflicting goals and interests that the state must address. In extremis the end result may be an overt dependency of the government on the financial services industry. Political scientists call such a situation “state capture”, when narrow and particular interests impose their will onto the state and society at large.

There is no doubt that this is happening.

So where is the problem most serious?: 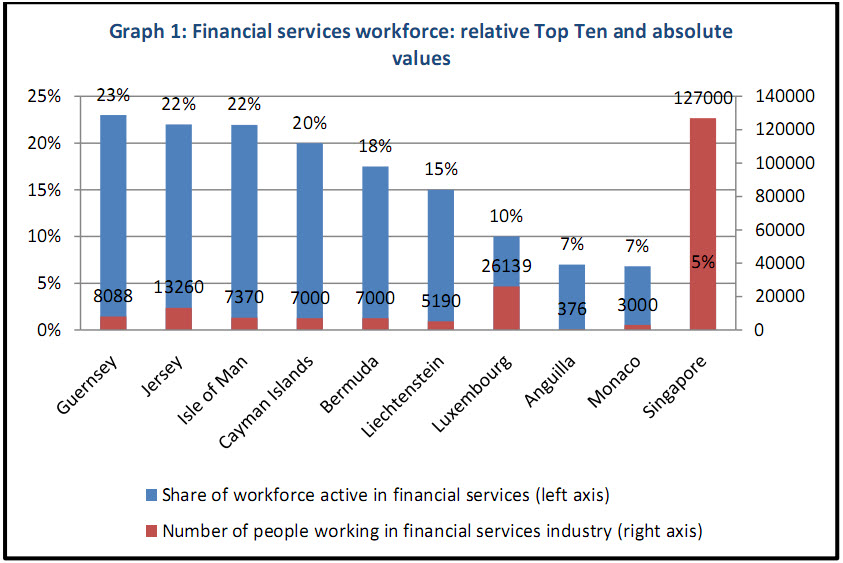 This really is a case of â€šÃ„Ã²the usual suspects’. And a fairly comprehensive list of those likely to be subject to 'state capture’.

There are, of course, places with more employees: 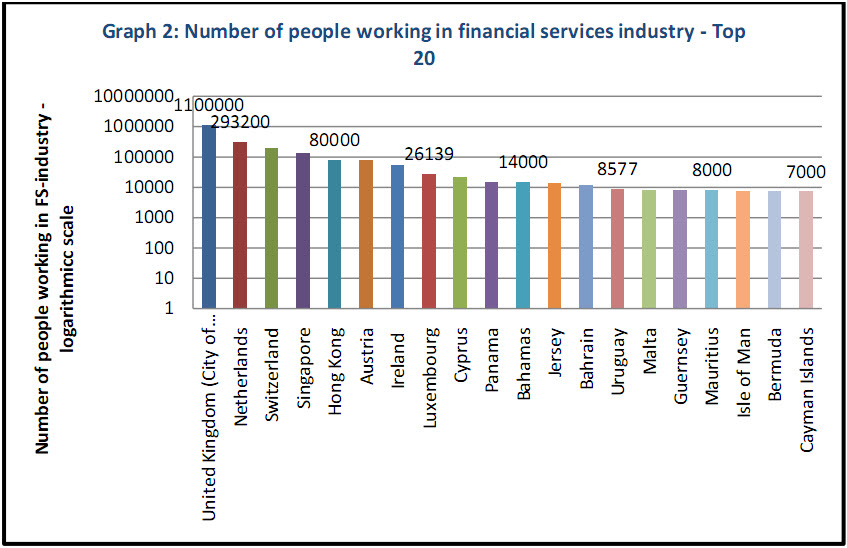 Powerful as the influence of financial services is though inn a place like the UK it will not be as serious as is the impact in places like the Crown Dependencies. 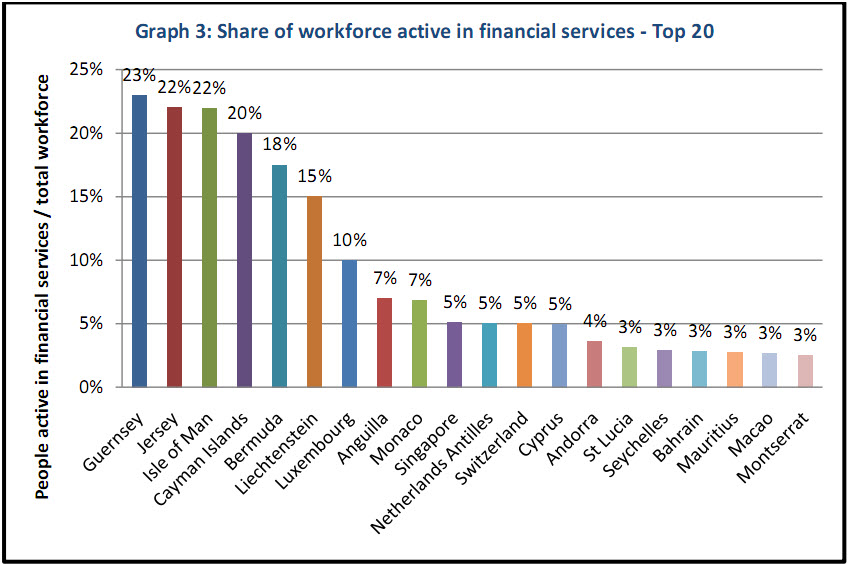 Note that the UK cannot even make the top 20 by proportion of work force.

Which does, however, make it important to note that data was not available for all secrecy jurisdictions for which we sought data. Full details are in the report.