Systemic failings require holistic reforms, not the imposition of silence

This has been drawn to my attention and I think it worth sharing. It is a statement issued by Cllr Helen Evans who was head of safeguarding at Oxfam and who spoke on Channel 4 News last night: 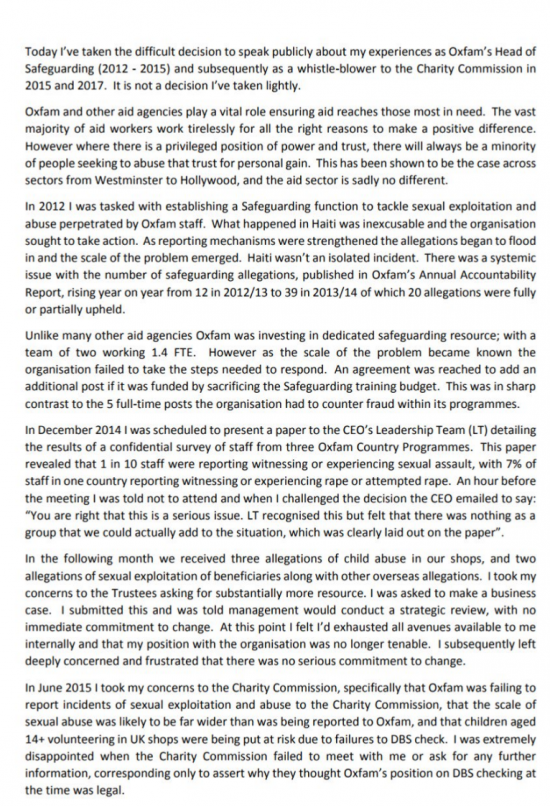 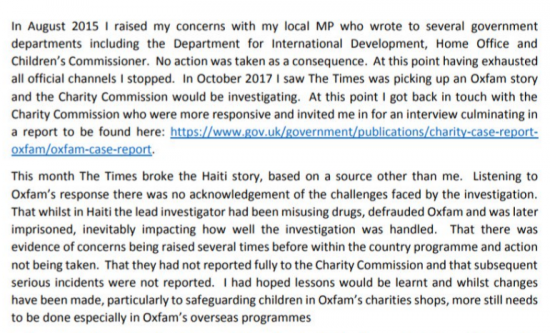 I choose to draw attention to her conclusion:

I reiterate though, do I think Oxfam did as well as it might? No: and it has said so.

Do I also think it learned? Yes: there is evidence of that.

Can more be done? Emphatically so.

But the question then becomes what needs to be done?

What would be wholly inappropriate to say that this issue is only Oxfam's. It is not.

And what would be wholly inappropriate would be to end all aid. That would compound the issue.

And what would also be wrong would  be to close Oxfam when so many have done so much good there.

Just as it would be wrong to stop charities speaking out. After all, who then would speak for the abused when it is very clear that in this case the government and Charity Commission turned a complete blind eye, unlike Oxfam, when they knew of the issue?

What is required is better safeguarding. All of society has to pay for that.

And what is required beyond that is a change of culture: a completely holistic reform.

But reinforcing the status quo of predominantly white male power inherent within modern capitalism, whose power structures have been copied within far too many charities, is not going to deliver that change. But that is what The Times wants.

The case for reform is made.

But the reform has to be the right one.

Right now the demand looks like it will be for the wrong one. Enforcing silence - as The Times wants - permits abuse. And that then is exactly the wrong solution.