The UK national debt is not 89% of GDP; it’s only 67% of GDP and it’s time the government and media stopped lying about this

The FT argued yesterday that UK national debt was too large at 85% of UK GDP. They got their figure wrong: in April the UK reported to the EU that:

But both estimates are in fact blatant mis-statements of the truth. On 28 June the Bank of England owned £434,961 million worth of government. Let's call that £435 billion for ease.

And let's also note that the Bank of England is owned by the government.

And so the government doe, therefore, own this £435 billion of its own debt.

Now, just spend a moment thinking about this. Suppose you owe your mortgage to yourself. Would you worry about repaying it? Or come to that worry about the interest on it? And would you worry about when you repaid it? Of course you wouldn't. And you'd be right not to do so. That's because the idea of owing yourself money is meaningless, and makes the debt irrelevant. Which is precisely what this £435 billion of debt is: it is irrelevant. Indeed, as I have shown, it is actually shown as cancelled debt in the UK national accounts, which is precisely what it is. It literally no longer exists. 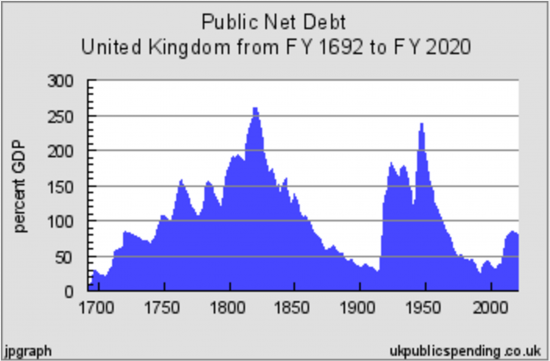 Or to put it another way, right now there is no national debt issue to worry about. The debt is under control. The real rate allowing for QE is at historically low levels. And we actually need more debt, and not less of it. And to therefore say that we cannot have schools, healthcare, benefits and university education because of the scale of our national debt is a lie.

But worse, it's a lie based on a lie about the level of debt we have. And that is unforgivable.