Why Policy-Makers Are Missing The Next Economic Revolution

My good friend and Green New Deal colleague draw my attention to a new report, published yesterday by the New Weather Institute: 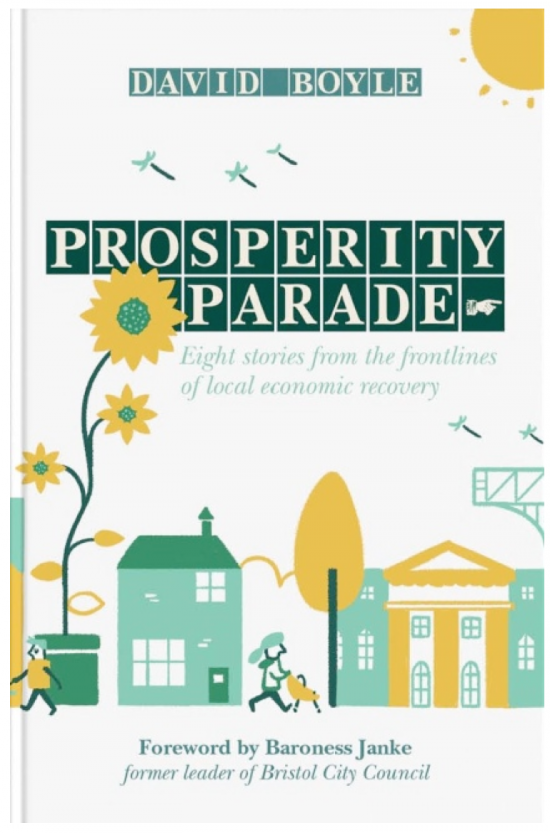 There is an emerging entrepreneurial revolution in UK cities being missed by policy makers, says a new book published by the New Weather Institute on 24 March, the last working day before power is devolved to Manchester in the first major devolution deal.

The revolution in ‘ultra-local’ economics is a vital source of prosperity for places left high-and-dry by downturn and the global economy, and strengthens their powers of self-determination.

But this shift is going unmeasured and unacknowledged. Whitehall can’t see it, policy-makers don’t track it or support it, and the high street banks have no interest in providing for their needs. In the vacuum left by investors or Whitehall grants, local people are beginning to innovate for themselves rather than wait for economic salvation. Promisingly, several examples of the entrepreneurial revolution are in sectors key to the UK’s transition to a low-carbon, sustainable economy.

The book Prosperity Parade is funded by the Barrow Cadbury Trust and provides eight in-depth stories of the new entrepreneurs on the front line.

“We realised that one reason national politicians have not grasped what is happening is that they don’t hear the stories,” says author David Boyle. “Stories are the stock-in-trade of politicians. Without them, they don’t see things. So we have been to meet the new entrepreneurs to tell their stories — of big ideas and hurdles and re-thought plans and the difference they can make.”

The book will be launched at a breakfast seminar at 9am, on 24 March, at the Local Government Association, SW1P 3HZ (to attend please email newweatherinstitute@gmail.com) chaired by economics commentator Aditya Chakrabortty from The Guardian and with speakers including:

“The new entrepreneurial revolution is still below the radar of policy-makers,” said David Boyle. “What stops them noticing the emerging new local entrepreneurialism isn’t intellectual doubts or snobbery, but a simple lack of stories.

“So we have gathered eight tales about real people doing extraordinary things with their local economy, with local banks, local energy, local purchasing, local food and much more besides — demonstrating just what power the new entrepreneurial revolution might have, if only we recognised and supported it.”

The book urges the government to find ways of understanding the new entrepreneurs and their needs, of tracking their progress and entering a dialogue with them. In particular it calls on the government to provide for their borrowing and banking needs now that most banks have withdrawn from the SME market.

Prosperity Parade Is published by The New Weather Institute - a fresh, cooperative think tank focused on rapid transition to a fair, ecological economy. It will be available on www.newweather.org